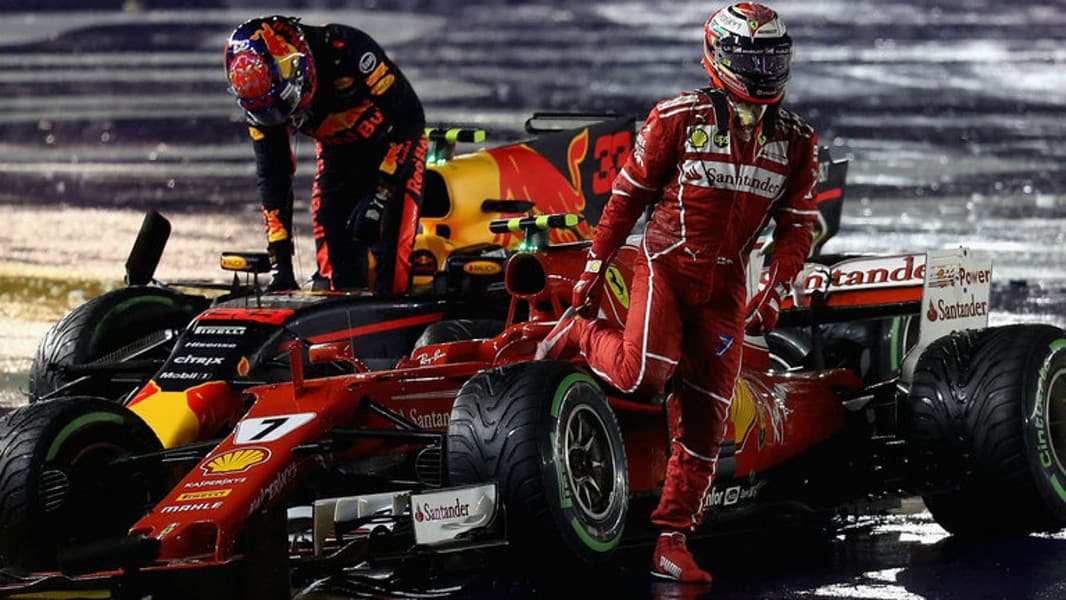 In this weeks Malaysian F1 Betting Tips 2017 we analyse just what went wrong for Seb in Singapore and look forward to where the German can gain ground in the final races.

Lewis believed only a “miracle” would allow the Brit to win the Singapore GP, well someone was listening in as due to the chaos going into the first corner Hamilton now leads the title race by a comfortable 28 points and in my mind puts one hand on the championship trophy.

In Singapore we saw both of Ferrari’s drivers (Vettel and Raikkonen) miss judge the start, with Kimi coming down the left side of the track and Vettel who was in pole on the right. That would not have been a problem except for Red Bull driver Max Verstappen sat in-between them. 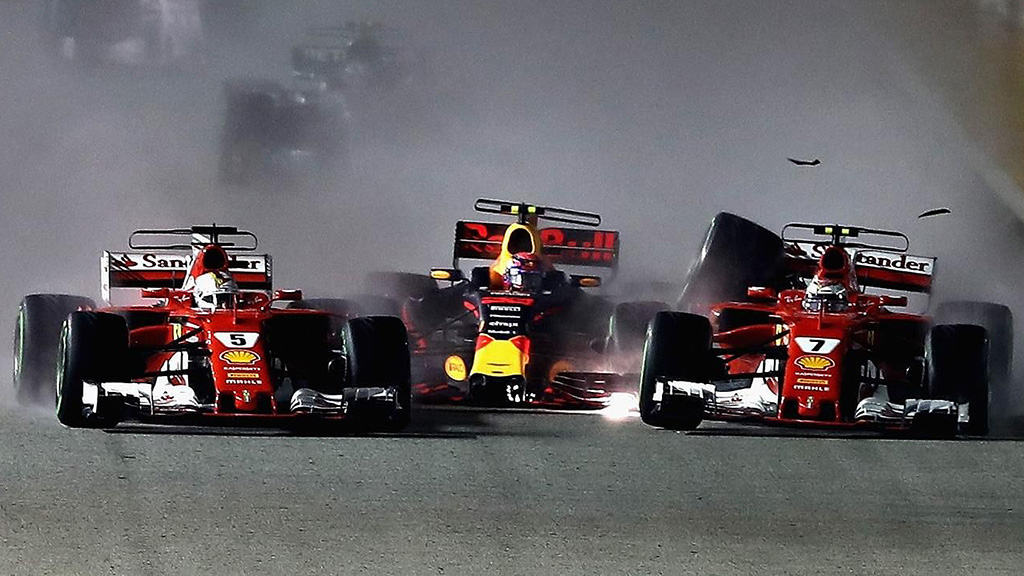 Sebastian moves to his left to block Max, who reacts by squeezing Kimi on the inside of the track. Raikkonen has no-where to go and connects with Verstappen’s rear wheel and is forced across the front of him and into the side of Vettel car.

Before we get to the first corner the top 3 drivers were out of the race. Other drivers were caught up in the mayhem were Fernando Alonso who has been incredibly unlucky all season. His weekend was going well for the Spaniard and teammate Stoffel Vandoorne. It looked as if the drivers were on for the best showing of the 2017 season, but not to be for Alonso. He had to retire his damaged car later in the race to prove the point Stoffel went on to finish a credible 7th.

Another good drive came from Joylon Palmer who has not had that great season for the young British driver. Most of it not his fault but still it was putting his position with the team in doubt. This drive was to prove he is talented and with a 6th finish it was a very respectable position, we hope to see more of him in the years ahead.

Daniel Ricciardo finished again on the podium which is becoming regular occurrence. We think it won’t be long before he takes the top step again. Valtteri Bottas, Carlos Sainz and Sergio Perez took the final top 5 positions.

With 3 of the top drivers going out on the first lap it left the race lacking some excitement. We were deprived of what could have been great racing, still we bet Hamilton was happy nearly 30 points with six races left. We expect Sebastian will go all out now to gain the points back, but Lewis will not let them go easily.

Well back to Malaysia and Red Bull have done very well in the past, with Daniel Ricciardo winning the race in 2016 and teammate Max Verstappen a decent second. Hamilton has never seen the flag in Malaysia so the Brit will be determined to break this record.

Lewis has never really been comfortable leading any title championship and has let points drop in the past so i’m hedging by bets and backing Vettel to take the chequered flag here. Hamilton will aim for damage limitation and try and stay out of trouble so with that said i’d expect to see Ricciadro to be up there again this year.