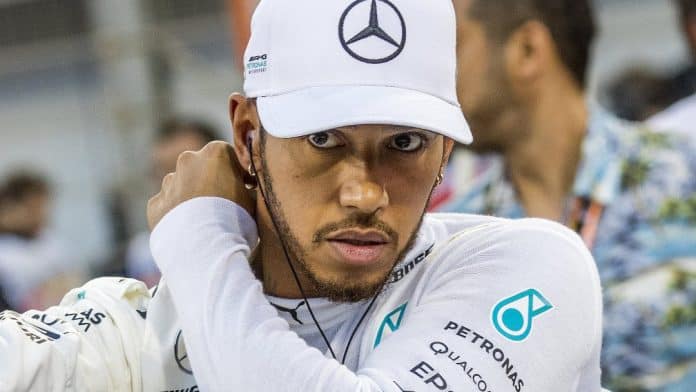 The start of the Bahrain GP 2017 saw Lewis Hamilton lose his second place by the first corner to Sebastian Vettel. Was that the sign of things to come as Valtteri Bottas took off in the lead and looked to block Lewis approaching the corner allowing Vettel to slip through.

Daniil Kvyat ran off at a corner only to return to the track in last place. On lap nine the first driver to pit was Lance Stroll after flat spotting his tyre. Haas driver Kevin Magnussen had a short race when in lap 10 his car came to a halt.

The first of the leaders to pit was Sebastian Vettel on lap eleven which seemed to be early but in the end was a good decision.

Max Verstappen who is one of Betotg favourite drivers pitted on lap twelve. But after leaving the pits he had a rear brake failure, which resulted in the Belgium driver coming off and hitting the barrier. Max was seen to kick the wall and was clearly not a happy guy. On lap thirteen Carlos Sainz misjudged a corner and ran into the side of Lance Stroll taking them both out of the race.

Hamilton made his first stop on lap 14, but looks like Lewis forgot to read the rule book. He thought it a good idea to slow down to thirty five miles per hour, the idea being to give Bottas time to get out of the pits. But he held up Daniel Ricciardo in the process and the result was he received a 5-second penalty for Lewis which sunk his chances of beating Vettel.

By half way it was Vettel, Bottas and Hamilton, but Lewis seemed to be quicker than Valtteri and it looked like team orders came into play and on lap twenty seven, Lewis passed the Fin.

Bottas made his last stop on lap 31 with Vettel doing the same on 34 and Hamilton on 42. For the second time in the race Bottas had to move over for a faster Hamilton. The Brit did everything he could to catch-up to the German but in the end there weren’t enough laps and Lewis ended up approx 6 seconds behind Seb. Marcus Ericsson parked his car on lap 52 and just when we thought Alonso was going to make the flag he went out on lap 55.

So that was the race set with Vettel taking the chequered flag some six seconds ahead of second man Hamilton, with Bottas taking third. Kimi Raikkonen ended his race in 5th and Daniel Ricciardo made up the final double points standing.

So the season has swung back to Sebastian Vettel, but we are sure Hamilton will be back in the next race in Russia which is in Sochi on 30th April. It’s shaping up to be a tight season which is good for all involved.