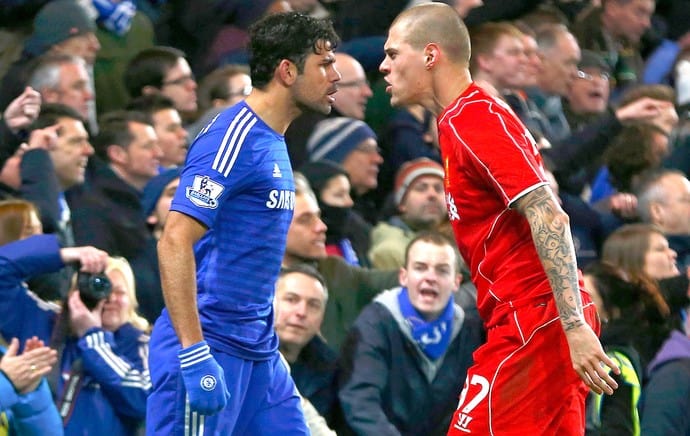 With just over a week to go until the Europa Cup final and with Liverpool currently sat well outside of the top-four, its fair to say that this game won’t be Jurgen Klopp’s top priority. That said you don’t want to go into a final being hammered in the league.

The Reds 2:0 win on the weekend to Watford indicates that Klopp’s master plan is starting to work. Joe Allen put the scousers in front in the first half, after the Welshman poached a knock-down from Benteke. Liverpool found it hard to get into gear at the second half and Watford could have easily drawn level with a bit of luck. But Roberto Firmino tap in a second to bury Watford’s hopes of getting anything out of this game.

This season must feel like it’s never going to end for Chelsea fans watching their side being slowly tortured by almost every team in the Premier League. Recent results highlight the lack of confidence in the side which is such a stark contrast to the way Leicester players have been with each other this season.

With no official announcement of who will take over at Stamford Bridge and with no chance of playing Champions League football next season it’s a nervous time to be a Chelsea fan as whoever takes over the club will have a gigantic task on their had to bring elite players to The Bridge.

Klopp will have one eye on next week so don’t be surprised to see Sturridge, Coutinho and Can on the subs bench. Liverpool also have a lot of players out for this game such as Henderson, Origi, Gomez and Ings which will further thin The Reds squad for this game.

Chelsea have very few injuries at the moment with Rodriguez, Remy and Zouma all currently out so expect to see The Blues field a strong side.

Given the importance of Champions League qualification to Klopp’s success at Liverpool and their injury list, Chelsea should take full advantage of the situation and walk away with three points. The issue is when they’ve had the opportunity they’ve failed to capitalised on it. We reckon if Klopp rests a third of his players it should be Chelsea’s game for the taking.