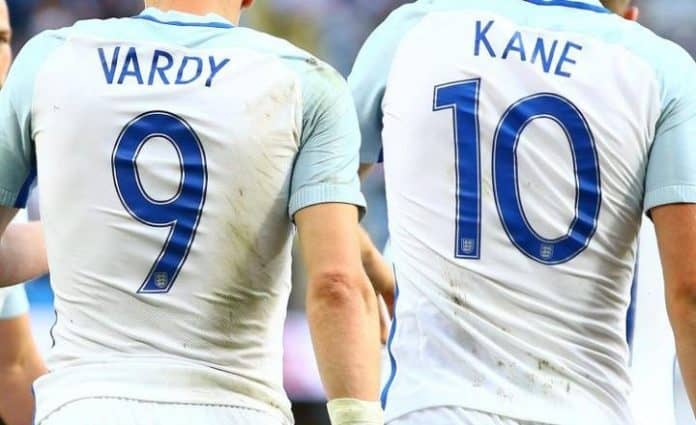 England’s Chances of Success at Euro 2016

There’s no doubt that Leicester and Spurs success in the Premier League has made a huge impact on the England squad, with six of Roy’s first-team consisting of either clubs players. And the achievements of both’s winning mentality and confidence between players can only boost England’s chances in Euro 2016.

With the expectation of Gary Cahill, England’s defense has had a face lift since World Cup 2014. Roy will have the benefit of Danny Rose, Kyle Walker and Chris Smalling who between them conceded the least number of goals last season (34) for each of their respective clubs. Their only pitfall could be a lack of international games with Ryan Bertrand, Rose, and John Stones with less than 20 matches between them.

Hodgson has taken a gamble on quite a few midfielders with Arsenal’s Jack Wilshire, Liverpool’s Jordan Henderson and Raheem Sterling at Man City all struggling with injury either throughout the season or towards the end.

The omission of Danny Drinkwater who has been a revelation for Leicester this season proves that Roy doesn’t always drink the Kool-Aid and still bets on reputation and experience over youth and current performance.

England fans have been salivating at the prospect of Harry Kane and Jamie Vardy up front for many months.

With both strikers topping the Premier League goalscorer leaderboard – Kane (25) Vardy (24) it put England in a very strong position on the counter. Hodgson will more than likely put his faith in Kane and may use Jamie Vardy as an impact players later in the game, mind you with Marcus Rashford and Daniel Sturridge he has plenty of options.

Kane will feel confident that he has Spurs team-mate and play-maker Dele Alli behind him to provide much-needed support running on defenders and with Rooney transitioning more into an attacking midfielder similar to Paul Scholes, Roy has plenty of talented fire-power at his disposal.

No doubt England’s first match against Russia will be Roy’s main focus in Group E and could ultimately decide our fate. Whether we top the group and have an easier passage through the knockout stages or struggle against stronger opposition could be decided on Saturday’s game.

Winning mentality is the key to a successful campaign and it’s something both Capello and Roy Hodgson have tried to address with little success. There’s a psychological wall that England have to get over to achieve greatness and we’ve fallen foul to it many times before – it’s meant that we’ve lost 6 penalty shoot-outs in succession.

What do the experts think?

Some ex England players like Sir Geoff Hurst have been quite bullish on England’s chances in France, he said:

“It’s the most exciting squad since ’66 – people like Dele Alli have come in and been very refreshing. He’s played, even in the friendlies, like it’s the World Cup final.”

Other players such as ex Manchester United defender Rio Ferdinand are not as positive and believe’s that new players can add a new dimension but ultimately its down to the manager and his philosophy that bring results. Rio said:

“To go forward the players need an environment where there is genuine belief and togetherness. That comes from the manager, nowhere else.”

England’s first game kicks-off at 8pm this Saturday 10th June 2016 at Stade Velodrome, Marseille. You can watch the build up to the game from 7pm on ITV 1 or listen in on Radio 5 Live.