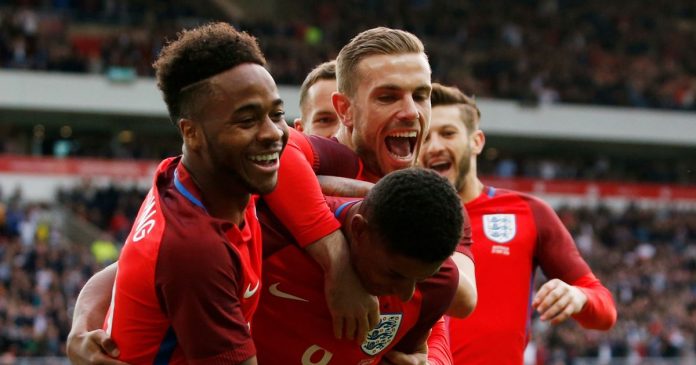 Before the Euro 2016 gets underway in just under 2 weeks time we preview England v Portugal and assess both sides chances, as well as giving you decent valued odds that the BetOTG team believe stand a great chance of coming in.

Results speak for itself

Even though Roy Hodgson would not be on most England fans top list of managers to take the three lions to France, you have to give credit where it’s due. England’s qualifying campaign has been faultless, with 10 wins and no losses they topped their group and the overall leaderboard of all European qualifying nations.

Build-up to the competition has also been impressive beating favourites Germany, Turkey and Austrailia, Only Holland got in the way of the Three Lion’s having an impeccable score sheet, even Mike Bassett can’t argue with that.

The new face of England

England’s national team have certainly gained from the success of Spurs and Leicester this season. Roy has brought in a total of seven players from their respective clubs which given the performances throughout the season can only bolster the side.

Hodgson has a number of injury concerns which could decide England’s final 23-man squad for him. Daniel Sturridge has struggled all season with hamstring problems with Liverpool but his goalscoring record is impressive and given Marcus Rashford’s scoring on his debut against Austrailia Roy may have already made his mind up on Daniel.

Jordan Henderson is another Liverpool player fighting to stay fit. We’re sure Roy wants him in the team so this game against Portugal will provide invaluable data to England’s fitness instructors for Roy to make the final decision.

Raheem Sterling and Fabian Delph have both been sidelined by Pelligrini over the couple of months for City so its fital both get a run out in this game, but certainly Sterling will stay in the squad, its just debatable if Delph will remain.

Over the years Portugese youth development has significantly improved, the result of this now is that Portugal have a formidable team with the like of Pepe, Nani, Bruno Alves and Ronaldo. Portugal are a side that have equally had an impressive campaign losing only one game in their qualifiers.

Ronaldo to sit this one out

Christiano Ronaldo is expected to miss the friendly against England following the grueling match the Portugese players had on Saturday against Atletico Madrid, which went all the way to penalties to win The Champions League final. No doubt it’s a boost for Roy’s men to to get a result, so much is the influence of Ronaldo on creating chances out of nothing.

We all know this is a friendly but neither side will want to go into a major competition on a loss, so expect to see a tight contest. With Ronnie on the sidelines it gives England a great chance to get a result. That said Roy may still want to play around with the system to assess certain players.

Provided Hodgson puts out a strong side from the start, we’d expect to see England take a narrow victory with the English fans at Wembley backing them all the way.

What channel and time is the game on?