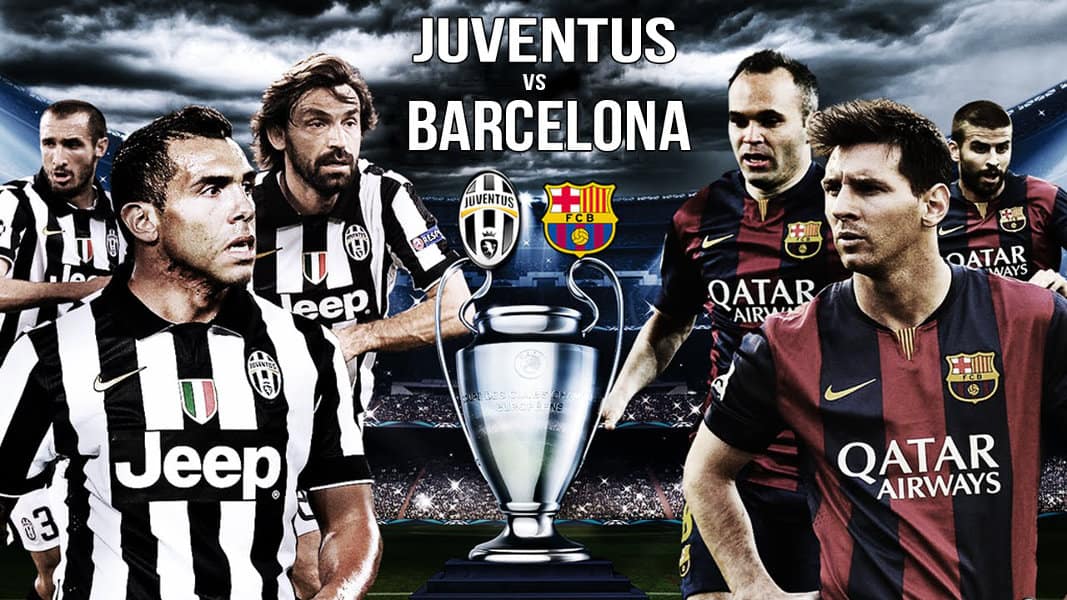 The team here at BetOTG can’t wait for this weekends clash between two juggernauts of european football in Barcelona and Juventus for the 2015 UEFA Champions League Final. Juventus made an amazing coup in the semi’s to beat last years winners Real Madrid from reaching the final for a second successive year and denying us from having an El Classico of epic proportions.

It shouldn’t be ignored at how much of an achievement it was for Juve to get one over the new glactico’s. Yes Madrid have struggled this year with the likes of Bale performing poorly in the difficult second season and yes there had been rumours of Ancelotti’s departure which would have had an impact on the players but Juventus beat Real fair and square over both legs.

Barcelona’s season has been a stark contrast for 12 months ago. Climbing back to the top of La Liga and reaching the final will be a massive achievement for Manager Luis Enrique who has successfully managed some of the biggest stars in football.

Juventus’ back-four are looking thin on the ground for Saturday’s game. With Andrea Barzagli looking doubtful with a thigh injury and Giorgio Chiellini who’s out with calf damage. But even with the problems of injury that Juventus have their mix of young talent such as Midfielder Paul Pogba, and veterans like Buffon and Pirlo who know how to win finals.

Barca’s looks to be fielding a full side with Enrique having the choice of forwards in Suarez, Neymar and Messi and Pedro.

Right now you can get some fantastic sign-up deals to make your bet for the final go that little bit further.

For instance if you sign-up and place a bet with 888 Sport they’ll Triple Your Odds. If you fancy getting some FREE cash to bet with then Sky Bet and Coral are your favourites as both have Bet £5 and get £20 FREE in bets.