BetOTG | Bet On The Go!
Home News Draftkings going public in 2020 values company at $3.3b 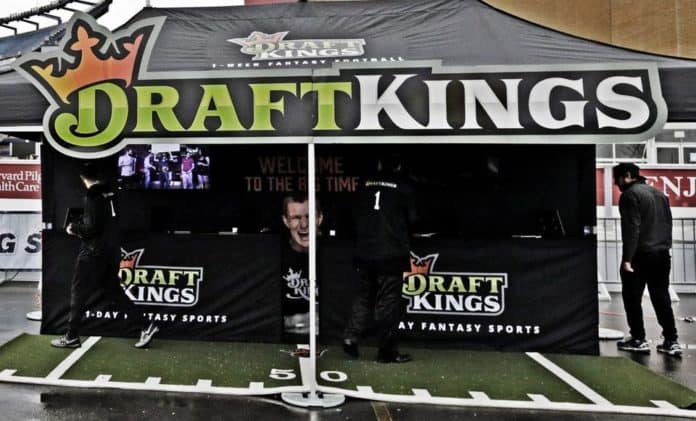 Sports betting giant Draftkings has announced it’s intention to go public in a merger deal that will value the company at $3.3 billion.

The US bookmaker is not taking the more traditional path of IPO (initial public offering), but will instead go public in a three-way merger deal.

Draftkings will be sold to a special acquisition company – Diamond Eagle Acquisition Corp. which is also listed on the NASDAQ and founded by Hollywood Studio’s Harry Sloan, as well as gambling gaming giant SBTech.

The newly formed company will list under the Draftkings name, with co-founder and chief executive Jason Robins to remain as CEO. It’s anticipated that the combined group will have a market cap of $3.3 billion with over $550 million of that is operating cash flow.

The deal is expected to be complete by Q2 2020, with institutional investors having committed to purchase $304m of common stock.

Draftkings CEO Jason Robins was enthusiastic at the challenges ahead, he said;

“I look forward to building upon our goals of continuing our state-by-state roll-out and creating the most entertaining and engaging customer experiences for sports fans globally.”

This is not Draftkings first attempt, in 2017 the company attempted to merge with rival FanDuel, but the move had to be abandoned after regulators complained over the 90% monopoly of the US fantasy sports market the combined group would have.

Draftkings announcement is just one of a many over the last 18 months, with some of the biggest bookmakers and online casinos on both side of the pond join forces, as gambling operators prepare to go head-to-head for a slice of the US betting market.

The mergers between these leading sportsbooks will allow companies to streamline operations, reducing operating costs and strengthen their market position, in what could be a double-digit growth industry for the next decade.