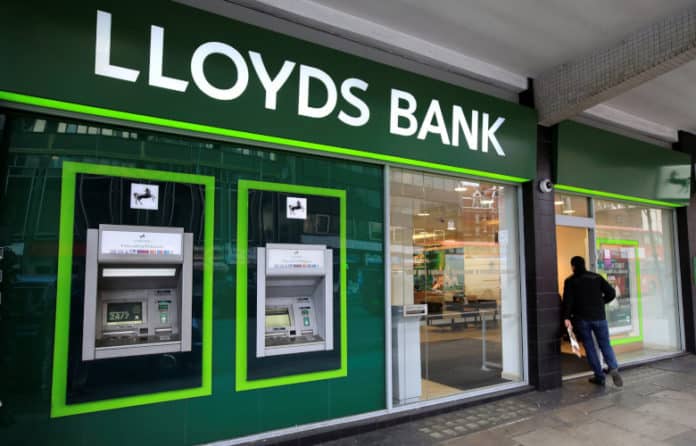 The scheme would allow problem gamblers the option to opt out of allowing payments to any company that is associated to gambling and issued a UKGC licence.

Most readers will have a banking app of some sort on their phone for viewing their transactions. The new app would include a “gambling block” feature to enable self exclusion, in an attempt to protect vulnerable punters with compulsive behaviour.

The exclusion would also apply to high street bookmakers as well as online gambling sites.

Barclays released a similar blocking feature across all digital platforms back in December, which restricted debit card spending in a number of categories including restaurants and takeaways, supermarkets, petrol stations, adult entertainment, pubs & bars and petrol stations.

Enhancements to the mobile apps which would restrict payments to gambling related properties should be implemented within weeks.

Following the news Lloyds detailed their plans to gives their 30 million customers more control of their money:

Throughout 2019 we will be enhancing our customer communications so customers are informed and alerted of their gambling spending, as well as introducing tools to improve self-service options such as gambling restrictions.”

Royal Bank of Scotland (RBS) we equally keen to provide customers with more choice on managing their spending habits:

“We recently launched the ability for our customers to freeze their credit cards and set spending budgets using our mobile app.

And we are always looking at further ways to help customers manage their money.”

While this option is a step in the right direction more needs to be done to tackle the issue of gambling addition that affects the minority of punters with addictive personalities.

The measures introduced by the major banks do not go far enough as these limits are self-imposed and are easy to remove within 24 hours.

More need to be done to introduce a cooling off period which would increase the time between initiating the gambling block and when it’s possible to remove this option.

The decision comes just a month after the UKGC recommendation to remove gambling advertsing during live football events.

With both measures being rolled out, it will hopefully help punters with gambling issues to self exclude themselves and avoid the temptation altogether.