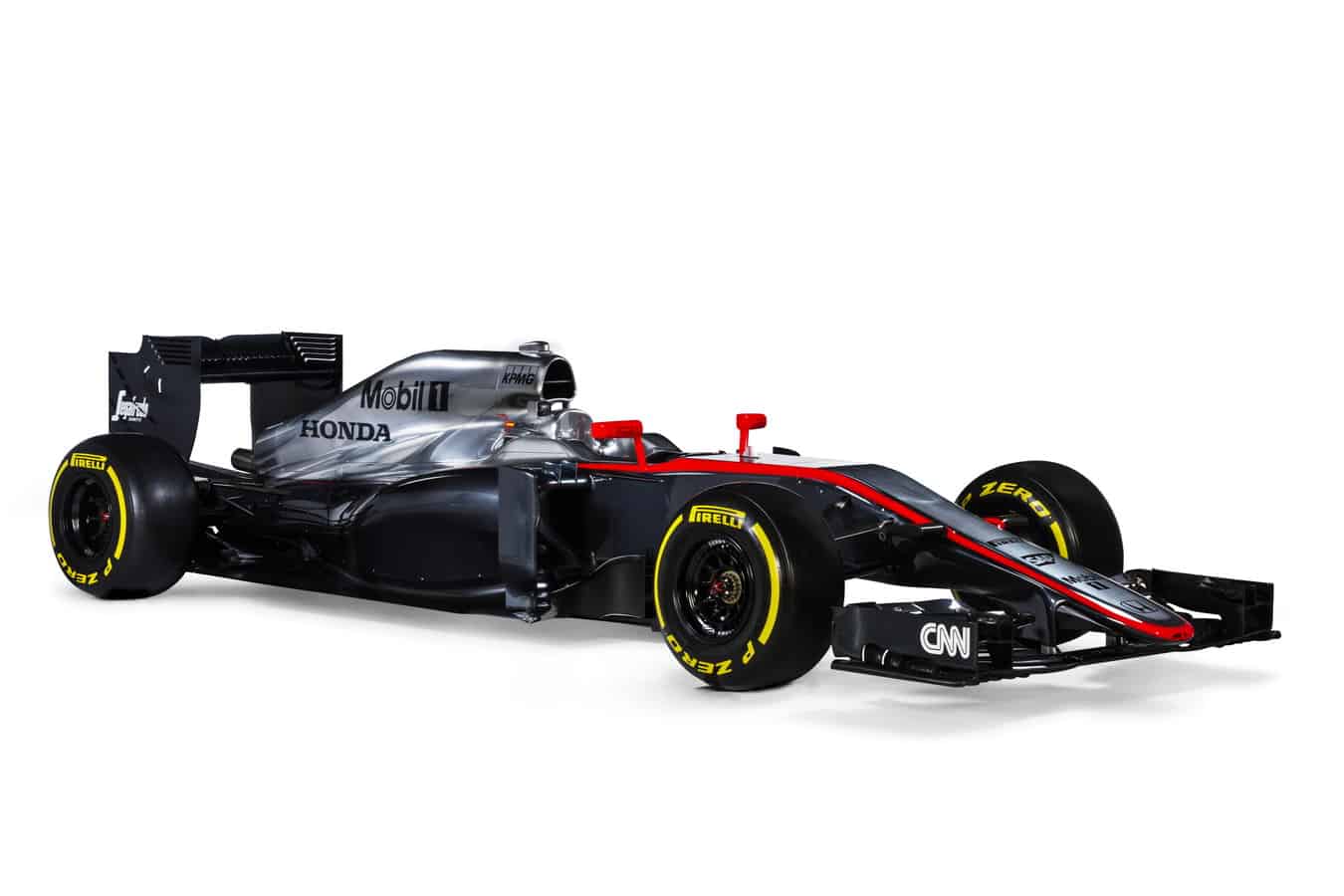 McLaren announced towards the middle of last season that they would be partnering with Honda to provide them with their engine for 2015, and the car they unveiled today (the MP4-30) has been the result of a years hard work of design, wind-tunnel testing and development between them. It is the first car the two companies have released together since 1992, during their pervious partnership they won 4 consecutive world championships and with Ron Dennis returning to act as team principal they have the potential to cause the biggest upset for the season ahead.

Having failed to win a single race for the past two seasons and with the exit of double world champion Lewis Hamilton moving to Mercedes in 2013 its a challenge boss Ron Dennis relishes and hope to rectify:

“I’m positive that, together, we’ll get to where we want to be: winning Grands Prix and eventually World Championships as McLaren-Honda”.

Chief Engineer Peter Prodromou re-joined McLaren last season from Red Bull and is head of aerodynamics and following the success of the Red Bull in previous years the new McLaren-Honda bears similar resemblance such as the compact rear and detailed aero on the front of the wing to gain maximum downforce.

McLaren have two excellent veterans and world driver champions in Fernando Alonso and Jenson Button both who appeared to be optimistic about the season ahead, Alonso said during the unveiling: “The new car is looking good; it’s a very interesting project from what I felt and heard from engineers and designers. There’s a new philosophy in the team, a new way of approaching the car and everyone’s excited about this new partnership with Honda.

The new MP4-30 will be put through its paces next week when the first pre-season testing begins in Portugal, Fernando Alonso will be first to take the car out on day one and then the car will be shared between Alonso and Button for the remaining three days.

Be sure to keep up to date with BetOTG.