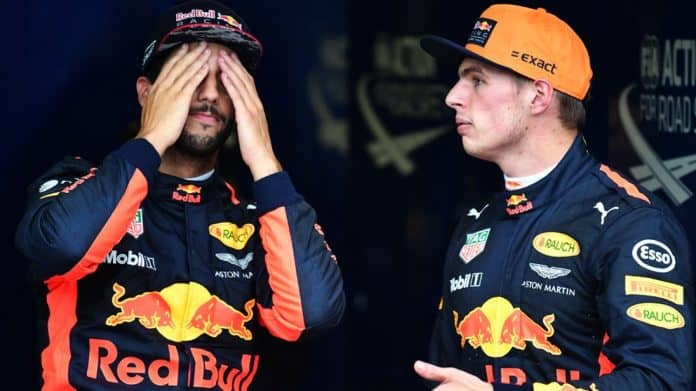 After an exhilarating race in China, surely Azerbaijan couldn’t be as good?

Well we were dead-wrong as Baku ended up being a belter!

In this weeks Spanish F1 Betting Tips 2018 we discuss which Red Bull driver is in the dog-house, plus give you our top tip going into the Barcelona race this weekend.

Rarely do I need to re-watch and entire race from start to finish, but Azerbaijan had so many events it was hard to keep track of them all.

The perfect start for Ferrari

The weekend couldn’t have got off to a more perfect start for Sebastian Vettel and Ferrari who ended qualifying with both of their cars taking up the front row of the grid.

Hamilton in contrast was still struggling with performance similar to China and ended the session in fourth and the prospect of Vettel extending his championship lead.

The major talking point after the race has to be the coming-together between the Red Bull drivers Max Verstappen and Daniel Ricciardo. In my opinion I think it’s a clear 50:50 as to who is to blame for the incident. 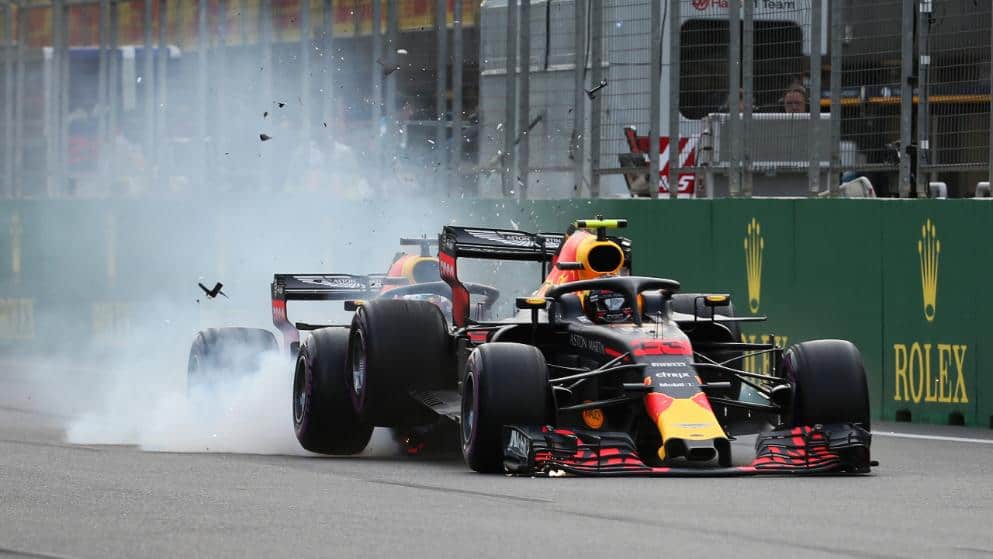 Verstappen closed the door and then broke regulations by slightly drifting to the right to force Daniel out wide.

In contrast Ricciardo clearly wasn’t in a position to make an overtaking move and was too close to the back of Verstappen. Some say the Dutchman broke a lot earlier before the corner and the finger should be pointed to Verstappen – i’ll leave it you to decide.

Things really heated up after the safety car when Vettel got way too ambitious and overshot the first corner and ended up flat-spotting his front tyre and significantly losing performance.

This gave way for Bottas who had a pretty solid race up to this point. It looked almost certain that the Finn was going to take his second win of the season when suddenly he had a rear puncture after picking up debris following the two Red Bull’s collision. It was a heart-breaking moment

With so many of the front-runners dropping out this gave way to no-other than Lewis Hamilton. As fate would have it Hamilton ended up lifting the trophy and the race win. Vettel ironically ended up in fourth.

The gap has narrowed

This race showed how close the teams now are and the days of Mercedes domination seem to have gone. It looked like Ferrari with Sebastian Vettel and Kimi Raikkonen were the ones taking on Mercedes, but the last two races have shown Red Bull are very strong, all the top drivers have made big strides in 2018.

Except for Lewis who seems to have lost a bit of his edge. I think Hamilton is not as happy driving this season, it could be the reason he has still not signed a contract for 2019. If he does not do well in Spain I think he will struggl for the rest of 2018.

Well what about Barcelona on Sunday 13th, we would like to think Lewis will get back on track but would not put any money on it. I think Ferrari has much more momentum going forward and the market hasn’t factored this in at the moment given the up-sets.

The Red Bull drivers are going to be so careful so will not give it there best. The only other one to watch is Valtteri Bottas who has been driving really well this season.

Last year Lewis dominated in Barca with Vettel and Ricciardo behind, so if you fancy a bet we here at Betotg think there has never been a better chance to get good odds on this years races, its no longer a one horse race.