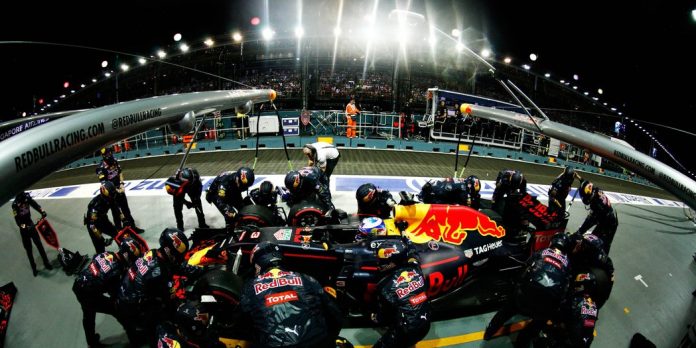 In this weekends Singapore F1 Betting Tips 2017 all the talk has been about how Ferrari and Red Bull will have the advantage on Mercedes, so we go into the detail to explain why this might happen.

Plus we look at developments further down the grid and the possible aero upgrades for certain teams.

Lewis stamps his mark in Monza

The second half of the season couldn’t have gotten off to a better start for Hamilton. The Brit simply dominated throughout the weekend and was able to clinch pole position on a wet track which saw his nearest rivals unable to compete.

Yet again Max Verstappen was involved in a racing incident going into the first chicane and came out worst for wear. The Dutchman connected with Lance Stroll’s car and shortly afterwards ended up with a front-right puncture, resulting in the Red Bull driver diving into the pits for a fresh set of tyres early on and writing off his chances of a podium place for the rest of the race. It’s been a shocking performance from Verstappen who’s breath-taking maneuvers were the only intersting part of the 2016 season.

Valettri Bottas did a decent job of getting head of both Ocon and Stroll who looked like fish out of water near the front, but the Fin was unable to get anywhere near Hamilton.

Given Vettel’s position at the start of the race is was great to see the German claw his way back up to a respectable third place. This would minimise the points deficit between him and Lewis and keep his title fight going.

So going into this weekends race at Singapore and a lot of talk has been on Ferrari and Red Bulls chances of making a dent on Mercedes recent form. The Marina Bay isn’t your classical style of F1 track and lacks the high speed straights. Instead this complex and tight street circuit favours teams with a much stronger aero package as opposed to raw horse-power, which is what Ferrari in particular has gained grounds on this year.

The point is highlighted further with Ricciardo’s second place position last year. The Aussie drove out of his skin to get a well earned place on the podium and he’s very confident they can achieve the same this year.

It’s fair to say that Lewis is in great form and will push Vettel all the way this weekend. But i’m quietly confident with the performance of the Ferrari in tight street track this year, which have out-performed the Merc time and time again this season. It’s going to be close but Vettel should take the win.