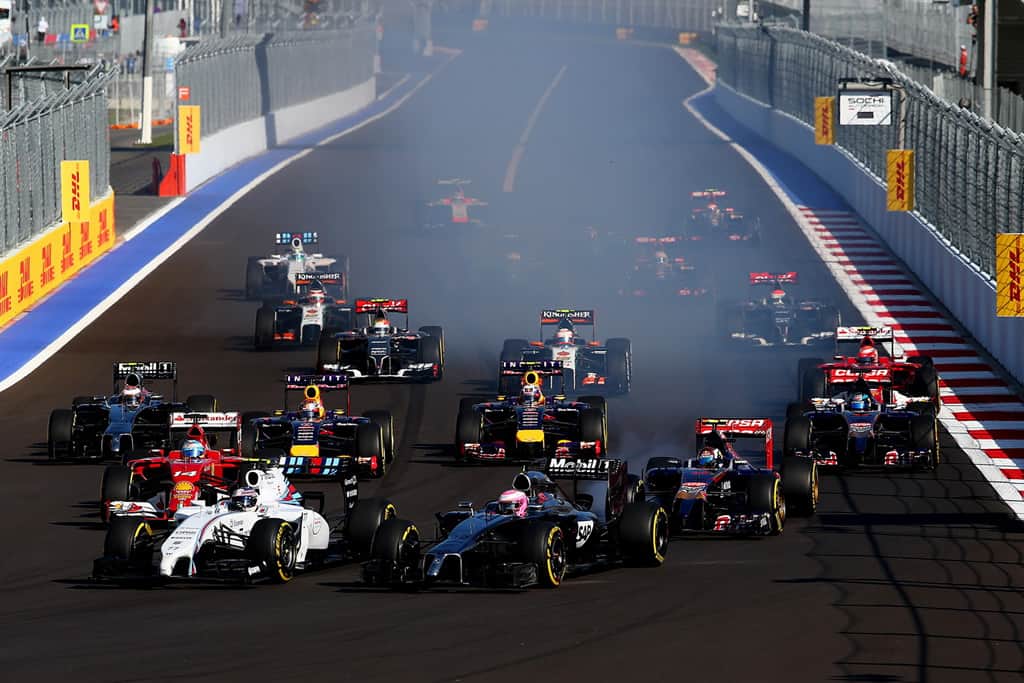 In this weeks Russian GP 2017 betting tips we analyse where Vettel and Ferrari have gained ground on Mercedes and give you our prediction for the race in Sochi.

I think it’s safe to say that Ferrari and Vettel have a genuine fighting chance of taking the title this year. If you take away Vettel’s bad luck in China when he pitted just before the safety car came out and Hamilton’s 5 second penalty in the pits in Bahrain, you’d see that both drivers are neck and neck for the past 3 races. Which makes this weekend’s race in Russia even more thrilling.

Sebastian may not have got the better of Lewis in qualifying, but during each start on the dirty side of the track the German has been quick off the mark. Although Seb has been able to split the Mercedes drivers in quali, it’s vital for his championship hopes to reign in Hamilton and snatch pole-position from the Brit.

Vettel has tended to be within 0.2 secs from Hamilton which is significant when the cars can travel 180mph. It’s now down to Ferrari to eek out more performance from the prancing horse and to provide significant aero updates to give their man a chance for the title.

“Not good for a Number 2 driver”

Not much can be said for Bottas who took pole on Saturday but ended up taking quite a beating in Bahrain from both world champions finishing third. Could the expectation of the Fin in what was last years championship winning car and arguably this years car to beat be too much? The next two races will be key for Valetteri to make his mark in the team, but currently he has been below par.

Another team-mate who has been off the boil is 2006 champ Kimi Raikkonen who has been in limbo during the start of the season. Given the Fin’s incredible performance during the second-half of 2016 where Kimi beat Sebastian on most occasions we hoped more out of him. Ferrari could have tailored the SF-70H to suit the German which could the be reason why Kimi’s performance is poor during the first-half of each season. Either way we recommend you avoid backing the Fin until later in the year.

Red Bull do not appear to be making any grounds on the leading pack with Max Verstappen retiring due to rear brake failure and Ricciardo ending up in fifth spot. It’s difficult to see where Red bull can gain ground on the likes of the silver arrows given the lack of grunt from the Renault engine but with two extremely talented drivers in their arsenal, don’t be too surprised to see either driver snatch second on the podium.

It’s too close to call at the front but hey that’s what we’re here for! So we’re backing Vettel for Russian, mainly due the momentum the German has and Hamilton looks visibly rattled by Ferrari’s pace (regardless of his enthusiasm for the competition).

William’s have been gradually closing the gap with the front runners and China saw Felipe Massa just miss out on double points. We expect to see Massa keep Red Bull honest going into Russia.

Force India are also a team evolving and although they have languished in mid table don’t be surprised to see them competing with Williams for the sixth spot.