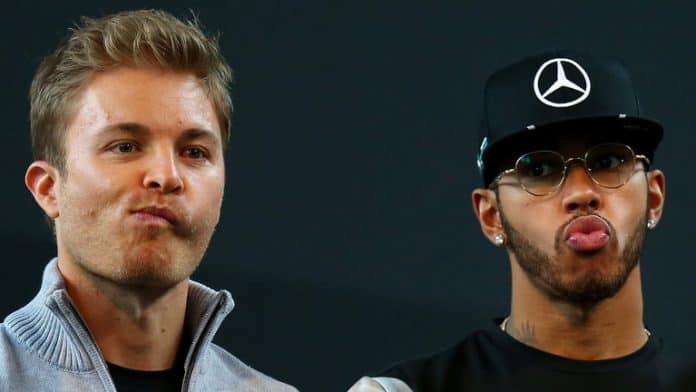 With less than a month to go and only three races left, it looks like this years F1 world drivers championship will go to the wire in Abu Dhabi.

Such has been the dominance of the Mercedes team over the past 3 years, to not see at least either Hamilton or Rosberg on the podium has been a rare.

Reliability still remains an issue with Lewis Hamilton who has had four issues due to mechanical and electrical failure alone which includes:

Of course car issues have been the least of Lewis Hamilton’s woes as the driver has lost more places going into the first corner of the past 6 races than at any time in his career, Lewis simply cannot get off the mark quick enough and in a season where overtaking the top 10 drivers has become increasingly difficult it’s imperative he get his head around this issue rather than point the finger at the car.

Rosberg on the other hand has had to fight his own demons over the past two years while watching his team-team in the same car take two consecutive world titles to a total of 3 WDC’s.

It certainly looks like Rosberg has the momentum going into the final stages of this years championship. Hamilton in contrast looks dejected, the last time we saw this was way back in 2007 during Lewis’s first year with McLaren. The Brit lost a staggering 18 points to eventually miss out on the WDC to Kimi Raikkonen.

Hamilton has a mountain to climb but given his mentality he thrives on chasing someone down rather than being chased and this could be the focus he needs with the final 3 races remaining.

Rosberg only needs to finish seconds for the final 3 races to win his first drivers title but when the heat has been on the young German has folded under pressure. Here at Betotg our petrol-heads do not believe this will happen as he is in a better frame of mind both professionally and at home.

I think Lewis has made too many mistakes this season to catch up with Nico and still hasn’t resolved his race starts so we’d be putting our money on the German taking the 2016 F1 crown. But that said, there’s still money to be made on Hamilton picking up race wins in Mexico and Brazil where he has performed well in previous seasons.