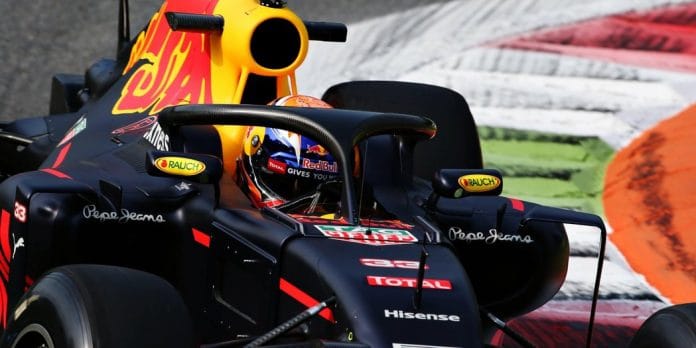 The winter-time is hell for any F1 fans who are desperate for a petrol-fuelled hit. So here’s a brief update on whats happened since the end of last season.

There does not seem to be a lot of rule changes in 2018, but we will look at a couple. Grid penalties for power unit changes, the maximum places moved back is 15, a driver incurring more will be put at the back of the field. Tougher rules are to be introduced on jump starts cars placed to stop it being difficult to see them moving will be outlawed.

There will be tougher penalties on engine parts, the number of components a driver can use without penalty drops from four to two, drivers will be limited to two each of their MGU-Ks energy stores and control units.

The Halo cockpit device will be fitted to all F1 cars in 2018, could be a disadvantage to some teams, and will not improve the look of the cars which over the seasons are getting to look less and less like true F1 cars, we need safety but we also need to see cars that look and sound the part. Well that’s a few of the changes keep reading here to keep up with the news.

Can McLaren be a genuine threat?

It looks as though Mercedes are not starting 2018 with there usual high hopes, though we have heard this in previous years, they see McLaren and Renault as possible threats, though its hard to see how McLaren will make such a big jump in performance, but then we have to admit team boss Toto Wolf probable knows a lot more than us

What about Ferrari and Red Bull? Its reported Ferrari expect to continue the huge leap they made in performance in 2017, Vettel has said as long as reliability is ok the car will be unbeatable, the new car is said to be 6cm longer.

It’s only a rumour around the pits but Red Bull may get an advantage from being able to vary their front suspension, bad news is the FIA are getting tough on suspension systems, Charlie Whiting is making the teams prove their suspension is up with the rules.

Williams are making big changes to their cars after a poor 2017. It’s been many years since they were up with the front runners. Technical boss Lowe will be making “significant changes” to the 2018 car.