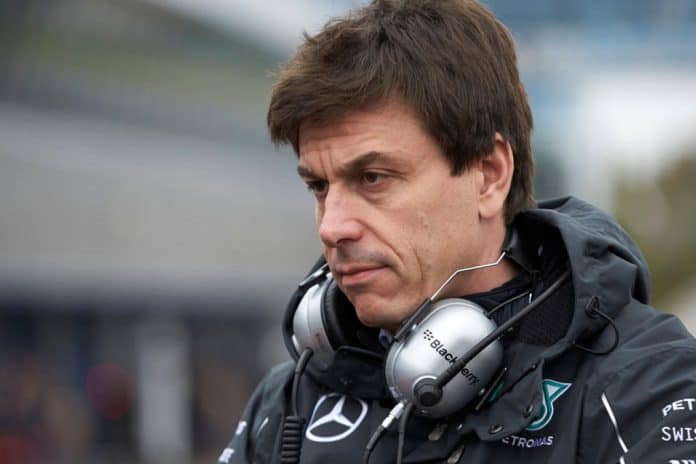 With just five races into the season it’s clear that the two best F1 drivers in a generation will scrap it out throughout the year. Not since 99′ when Michael Schumacher went wheel to wheel with Mika Häkkinen has the battle been so tight for the championship. Such is the blistering pace of Sebastian Vettel, it’s astonishing to anyone who’s watched the sport long enough at just how much performance Ferrari have gained over the winter on Mercedes.

Even with the first of four major upgrades in Spain, Mercedes are just a silver-nose ahead of the prancing horse. In fact it took both Mercedes drivers and some under-handed team tactics for Lewis Hamilton to get one over Vettel at the Catalunya circuit. But with Sebastian just 3.490secs behind the Brit over the whole race you can see just how close it is between the top two. Provided engine and aero upgrade performances do not deviate to much, it gives this season to potential to be one of the most titanic clashes in over a decade.

Complacency kicked in at Merc?

So From the outside it looks like Mercedes have taken the foot off the gas. Winning three championships on the bounce perhaps complacency has kicked in which has allowed the likes of Ferrari who had a real wake-up call last year when they failed to win a single race to make significant grounds on the silver arrows. If any team can pull it off and eek out ahead of Mercedes in performance it’s Ferrari, and with the championship as close as it is, it’s great news for next season as both Merc and Ferrari will have less time to develop the 2018 car this year as they are neck and neck contesting for it this year.

What was disappointing to see from the Catalunya circut was just how far the rest of the grid are from the front-men. Red Bull who dominated for four years were over 70 secs a drift – a sobering thought. Looking at the balance of the Red Bull going into and coming out of corners, there’s very little difference between Verstappen’s and Hamilton’s. The real difference is engine performance, which is nothing that Christian Horner can do other than look for a suitable OEM engine supplier for next year as it’s clear that Renault are way off the pace.

Qualifying is never as important than at Monaco. This intricately compact track is all about getting your car on pole than on any other track on the calendar. Such is the difficulty in overtaking at Monaco due to short runs before a corner it’s vital for drivers to have a clear track ahead of them and with the new regulations of wider tyres and overall car body, this year will be twice as tough.

We saw in the past that this is the type of track that Hamilton relishes i.e compact with very little room for error. So I expect to see the Brit put in a stellar performance and grab pole as Vettel has tended bot to be as quick in qualifying as the Mercedes. That said Vettel will push the Brit extremely hard throughout the race and could get one over Lewis on the under-cut to take the win.

Max Verstappen is another drive to look out for this weekend. Monaco is more about balance round the track rather than raw speed and the Red Bull certainly has that. Given his lack of luck during the start of the season i’m expecting to see great things from the young-gun.