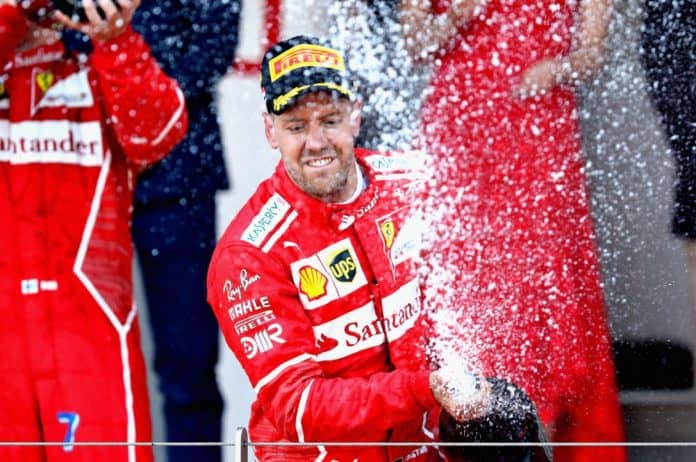 Lewis must we looking back at 2016 with fond memories as this years championship woes are purely down to Hamilton’s lack of pace. In Spain he looked like a world champion, but in Monaco he looked like a rookie straight out of Formula 3. Though-out the weekend it looked like he was having trouble keeping the car on the track.

Hamilton way off the mark!

Qualifying saw him fail to get into practice P3, in contrast Bottas who managed an impressive third spot just behind the prancing horses. Fortunately for Hamilton race day was a case of damage limitation and the Brit ended the race in seventh place.

But if Lewis can’t find form soon, he’s in real danger of letting yet another championship slip through his fingers.

Kimi Raikkonen must have thought his weekend was going to be his best result for at least 9 years. The Fin looked untouchable all weekend and took pole on Saturday. He got away clean at the start of the race with second on the grid and team mate Sebastian Vettel hot on his heals.

Kimi looked set to take the race, but a decision to pit him six laps before Vettel left him in traffic when he rejoined the race. This left Vettel in clean air to cut Kimi’s lead, so when Sebastian pitted he came out in front of Raikkonen. This smacked of Ferrari giving preference to their number one driver. It was clear just by looking at Kimi on the podium that the Fin was not happy and said so later when interviewed.

Still on the Button

Jenson Button didn’t fair any better in Monaco. The Brit qualified 7th on the grid which was a great position for the Mclaren, but had to take a 15 place grid penalty which put him at the back of the grid. He never changed that position until he clipped Pascal Wehrlein going into the tunnel, putting Pascal on his side up against the barrier. Luckily he was fine but that was the end of both drivers race.

Another driver expected to do well here was Nico Hulkenberg, but his race was short lived when on lap 16 he retired with a busted gear box. Team mate Stoffel Vandoorne did better in the other Williams but still only made it to lap 67 by crashing out. The same outcome happened to Sergio Perez in lap 72 taking Daniil Kvyat with him.

Too fast for Max

Daniel Ricciardo surprised everyone by coming out after pitting in lap 34 to be ahead of both Verstappen and Bottas to take the third spot. It was such a surprise to his team mate Max that Verstappen was on the radio to ask if Daniel had pitted, when he found out he had it was plain to see he was very unhappy.

Next on the calendar is Canada (11th June). Bet on Hamilton, he hates to lose like he did in Monaco so will pull every ounce out of the car in Montreal. It’s been up and down for him so far this season, but we know when he is down he’s at his most dangerous, so will be a strong bet here.

It’s been a good season so far for the fans, with Ferrari, Mercedes and Red bull all up at the front. It’s not as clear cut as the last few years which makes it good for a bet as you should get better odds on the top teams.