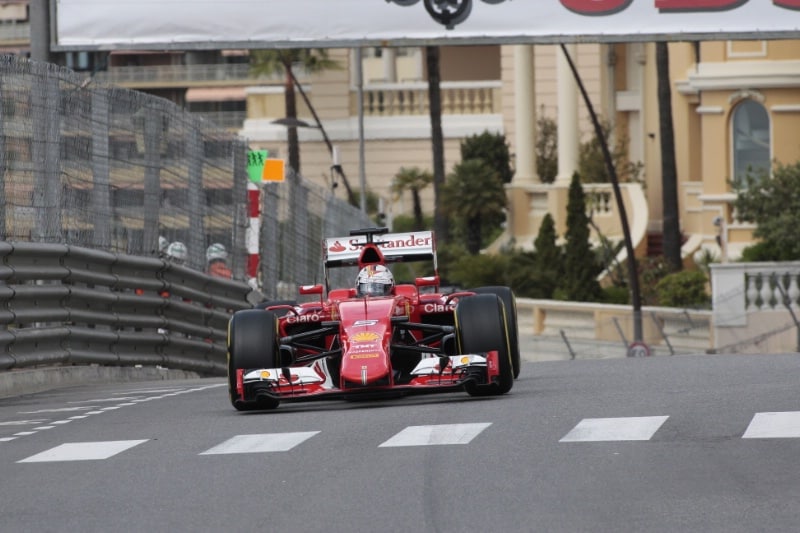 Nico’s first win of the season in Barcelona was a crucial one, as it’s the first time this season that he has beaten his team-mate Lewis Hamilton on the track. There were fears of Lewis walking away with the championship having the psychological advantage over Rosberg, but the German proved his critics wrong with an emphatic win which see him close the gap on Hamilton to 20 points.

Every time I touched the throttle at any speed, the rear was just gone. It wasn’t normal. In low-speed corners it was just slow, but high-speed, very scary.

Any development upgrades that Ferrari, Williams or Red Bull may have brought to Barcelona does not seem to have made any significant improvements to narrow the gap between them and the might of Mercedes. And McLaren appears to be going backwards rather than forwards, with Fernando Alonso retiring due to brake failure and Jenson Button claiming the his car was the scariest he has driven, he said:

Next race on the F1 calendar is the most glamorous of them all, the jewel in the crown, The Monaco GP. This narrow street circuit is one of the oldest races of the season with the first race dating way back to 1929. The track has some fantastic intricate corners and sweeping bends with famous names as Casino Square, Saint Devote and the breath-taking Tunnel where the drivers take the bend flat-out before being blinded come out of the tunnel and hard breaking into the Nouvelle chicane.

Due to the shortness of the track, the Monaco GP has a high lap count rate and with a hard surface tyre-wear is of particular importance than most tracks. Don’t be surprised to see some driver on a 3-stop strategy. As mention previously over-taking is difficult so qualifying on pole is crucial, so expect to see teams opting to use the softer tyres during qualifying to get as close to the front of the grid as possible.

With Nico having won here last year it’s not certain that Lewis will walk away with a win. Right Now SkyBet have odds of 7/2 for Rosberg to win.

If you fancy championship leader Lewis Hamilton to take the chequered flag you can get odds better odds of 1/5 with William Hill.

Finally both Sebastian Vettel and Kimi have won here previously, you can get 10/1 with Coral for Vettel to win and 50/1 for Kimi.