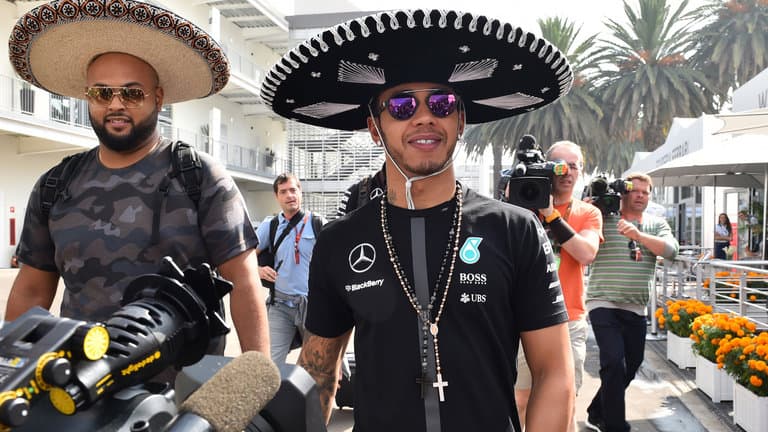 Even before the first race in Melbourne had ended, it was clear to see that this years F1 championship was Lewis Hamilton’s for the taking. So much was the pure dominance and reliability of the Merecedes car it left pundits wondering if we would see another Schumacher or Vettel white-wash season – and of course we did!

Not even Lewis could have imagined how much of a walk in the park this years championship would be.

Last weekends race summed up the season, that the race was over before the drivers got round the first bend. Rosberg has looked dejected, almost knowing the inevitable and hardly gave the British champ a fight. Instead Rosberg allowed Lewis to squeeze his out in the first corner and over take i’m again later in the race.

It’s difficult to see how Rosberg and the rest of the drivers in F1 can recover from this season. The possibility of Hamilton taking a further 2 titles looks to be a real prospect, provide Merc can give him a competitive car.

If the weekend wasn’t good enough for Lewis, he now looks set to end his career at Mercedes. The three-times world champ has signed a seven year contract this week with the German team.

So with only 3 races remaining we head over to the Hermanos Rodriguez circuit for the Mexican GP. This is the first time the race has been held in Mexico since 1992 and its had some modifications to the track. In particular turn-14 (Peraltada) which was a sweeping bend before the main straight has changed to a number of complex hairpins and chicanes. The drivers seem pretty impress with the track, with Hamilton describing the track being similar to a go-karting track.

Join Skybet today and get some great odds for the race winner. For instance you can get Sebastian Vettel to take the trophy at 8/1. Better still you can get Valtteri Bottas, who has yet to win a race for Williams to take the chequered flag at 50/1. With the weather looking to be heavy rain for both qualifying and race day, chances of the likes of Williams and Ferrari winning the race looks a promising prospect.