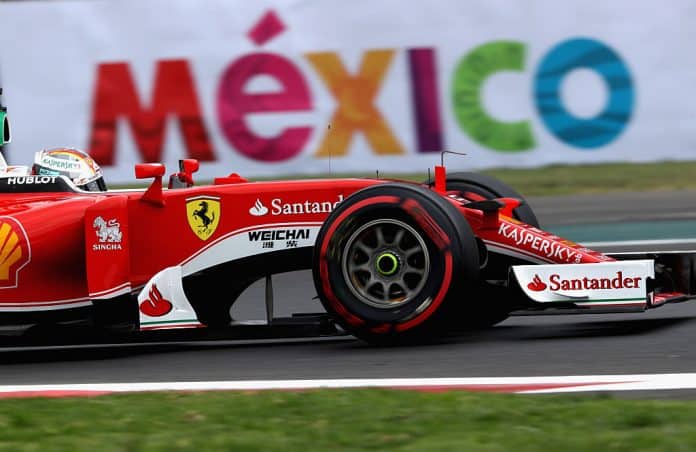 It’s come round quick yet again, so in this Mexican F1 betting tips 2017 we review Hamilton’s stellar performance in the USA GP and just what Vettel need to do to rain on Lewis’s parade to stop the Brit taking the title in Mexico.

Hamilton stepped-up to another level in the second-half of this season winning the last 5 out of 6 races.

Lewis in cruise-control to fourth title

It’s fair to say that Lewis Hamilton’s could have collected his fourth world championship during the USA GP, but Sebastian Vettel’s second place put a stop to that. Still Lewis leaves America for Mexico leading by 66 points, so on paper he only needs to come sixth in the race to take the title and who would bet against him?

Again in Austin he was in a class of his own. After a bit of a slow start off the line (letting Vettel take the lead) Lewis just waited patiently in the wake of the Ferrari and when the chance presented itself he pounced to take the lead back and from there he was untouchable.

The race itself was a treat for the fans with plenty of wheel to wheel battles, but driver of the day had to be wonder-kid Max Verstappen. The Dutchman proved just how good a driver he is, starting from sixteenth on the grid he fought hard to come over the line in an impressive third place – a huge triumph.

But as we have seen in the past the stewards who I am sure were not watching the race gave him a five second penalty for having four wheels off the track just before he passed Kimi Raikkonen to take the podium place.

Had the stewards watched the race they would have observed many drivers doing the same thing. It’s hard to see how it helped Max, in qualifying if you run that far off the track it slows you down, it was such a shame as it robbed the fans of a wonderful finish.

It’s been confirmed that Fernando Alonso has signed another contract with Mclaren and as usual Fernando failed to finish yet again in Austin. After 3 years with the team you can only assume his decision to stay is financial as year on year McLaren and Honda have failed to come up with a decent competitive car.

Unless there’s something Alonso knows that’s in the pipeline its a tragedy to see the very talented Spaniard languishing in a team that’s slowly corroding and he could end up in the mid-pack yet again in 2018.

Another driver who has signed is Max Verstappen, it looked like he may have gone to either Ferrari or Mercedes but that rumour has now been put to bed as he is going to be a Red Bull for at least another year.

The Mexican GP may give Hamilton cause for concern as it’s a track that tends to benefit a strong aero package and Mercedes has struggled in this area at the moment. Hamilton will be very cautious to ensure he take the title in Mexico so don’t be surprised to see Ferrari and Red Bull give the Brit a hard time.

Just to go back to penalties in F1, we agree with David Coulthard that the drivers being relegated places back in the grid for engine or gearbox changes, are being penalised for something not in his control, this rule wants dumping as soon as possible.