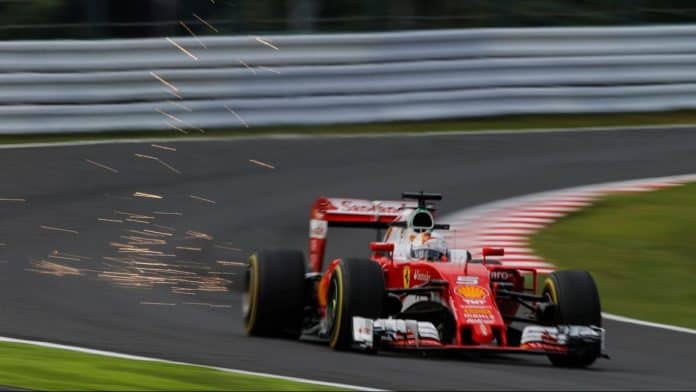 For this Japanese F1 Betting Tips 2017 we analyse whether Ferrari has completely blown Vettel’s chances of winning the world driver championship. Plus we take a look back at Max Verstappen’s epic Malaysian GP and work-out where the Dutchman and Red Bull got it right to stay ahead of Hamilton.

Verstappen has only been on the podium twice this season with third place in China and a win in Malaysia.

The weekend couldn’t have got off to a worse start for Ferrari when Vettel’s power unit failed just before the start of Q3. It meant that Sebastian was forced to start the Malaysian GP at the back of the grid and try to mitigate the points deficit that Hamilton could gain by overtaking as many drivers during the race.

To make matters worse Kimi Raikkonen who took pole-position suffered the same fate with yet another power unit failure and didn’t even complete the warm-up lap before being wheeled into the Ferrari garage.

Max Verstappen had a sellar race, first by fending off Valtteri Bottas during the early laps and then by taking a punt and sticking his car into the first corner to take the lead. On reflection Verstappen admitted the overtaking on Hamilton was risky: “Maybe I look a bit of extra risk, but it was my only chance”. From there Mercedes couldn’t keep-up and Verstappen who has had a list of failures and general bad luck this season took his first win.

A weekend to forget for Ferrari

To add insult to injury for Ferrari, just when they thought Vettel could end the race in a respectable fifth place (from the back of the grid). The German makes contact with Stroll and failing to finish the race giving Hamilton a full 18 points clear at the end of Malaysia.

Both Red Bull drivers had the pace in Sepang and a second spot in Singapore indicates they’re making good development progress.

Is Vettel now out of the running?

So has Ferrari and Vettel himself blown the German’s chances of taking his fifth driver Championship this year? With 5 races remaining there’s a maximum of 125 points that Vettel can win (provided he wins every race!). Given Hamilton’s current run of form and the Brits 34 point lead it’s looking very unlikely that Seb can catchup to Hamilton unless Lewis has the same level of bad luck as Vettel.

It’s mathematically possible, but Vettel would need to win every race to the end of the season and Hamilton come at least second. It’s a huge challenge.

Hamilton hates to be the front-runner

With that said, Lewis has never really enjoyed leading the title-race during any of his championship winning season’s. Infact during his 2008 season he lost points in China and Fuji and nearly missed out on his first title due to being too cautious. Apprehension isn’t Hamilton’s style, so it will be interesting to see how the Brit take’s to his current position, being a full 34 points clear.

I have to admit the Japanese GP has to be my favourite race of the season. With it’s demanding high-speed first corner and sweeping bends, to the white-knuckle 130R which driver seem to slightly lift off the break. Suzuka has everything an F1 fan could want in a track and is a firm fav with the drivers, so be sure to enjoy the mayhem that ensues this weekend.

Both championship contenders have been strong round Suzuka in the past with Vettel winning an impressive 4 times since 2009 and Hamilton winning twice in both 2014 and 2015, so both drivers have the ability to take the win. Hamilton may be bluffing but the Mercedes driver has voiced his concerns on the pace of the prancing horse and hinted to Mercedes that more work is required to secure his forth title.

Suzuka has a great mix of high speed straights coupled with demanding corners/ chicanes so I don’t see either team having an advantage. Seb has proven his ability in the wet and it looks like a wet race is forecasted this weekend so i’m back the German to win this weekend.