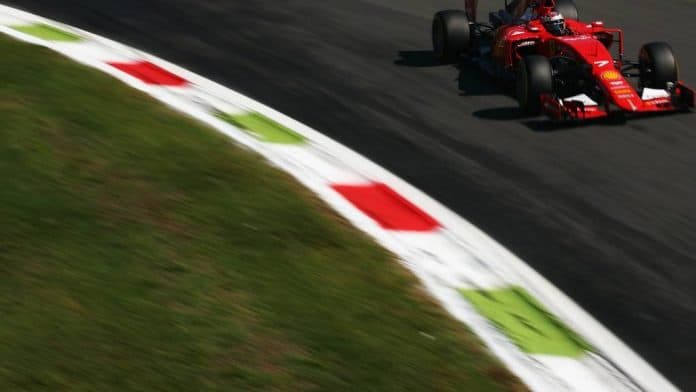 In our Italian GP 2016 Betting Preview we’ll look at whether Lewis can extend his lead in the championship, if Max Verstappen will bounce back from his difficult race at Spa and whether Ferrari can make an impact in Monza.

With the Tifosi turning out in their tens of thousands Ferrari will be hoping Sebastian Vettel and Kimi Raikkonen can bring the prancing horse home and on thew top podium for this race. This time last year Vettel finished 2nd, though he was some 25 seconds behind the winner Lewis Hamilton and will hope to do at least as good in Sunday. Raikkonen had a bad start from the grid and dropped to the back of the pack, he fought back and came home in a reasonable 5th place.

Lewis Hamilton had a reasonably easy race in 2015 going over the finish line clear of second place Vettel and more importantly his rival  team-mate Nico Rosberg who had to retire running in 3rd.

Felipe Massa had a respectable performance last year having a close contest with his team-mate Valtteri Bottas, there was only a split second between them at the finish line. The Williams pair are not performing at their best at the moment but they could come good on Sunday.

We hope to see a continuing improvement from the McLaren boys of Jenson Button and Fernando Alonso. Both ex world champions seem to be gradually working their way up the grid in qualifying pace. In Belgium Jenson qualified very well but was unlucky to crash out of the race on the second lap.

In comparison Alonso started at the back of the grid with Lewis Hamilton, both with penalties for engine changes. It worked well for Lewis, he now has three engines, and only had to take one penalty. Alonso finished 7th which was a good result for the team.

It was damage limitation in the championship standings for Lewis who capitalised on Kevin Magnussen’s accident which brought out the safety car. Alonso and Lewis, stayed out while others pitted for new tyres, the pair hit more luck when the race was red flagged, it allowed them a free tyre change and ending the race in Spa, we expect Hamilton will be back up front come Sunday.

Nico Rosberg took full advantage of Lewis being at the back of the grid in Belgium, he drove a solid race from the get go right to the chequered flag. It must have been a bit of a downer to see Lewis standing next to him on the podium, there is no love lost between them and you could see it when the champagne was getting sprayed. Nico does not seem to get the crowd on his side, he did get a few boos, we wonder why?

Well lets look at Sunday in Italy, Lewis is going to want to keep his championship charge going, but as usual there is going to be a few drivers who will want to put a stop to him. As we said before the Ferrari home crowed will be looking for the red arrow boys to perform. We know from the past the Tifosi will walk out if their drivers are not performing, it has to be Ferrari or nothing, both Vettel and Raikkonen can do it with a bit of luck.

Max Verstappen is still our Italian GP 2016 betting top tip even following his poor performance in Spa. He’s an exceptional young driver but he let himself down with some really rookie racing. Max tried to perform in front of his home crowd, but after making a poor start he got ever more desperate and could have caused some serious accidents, so lets hope he is back to his best.

We expect to see Daniel Ricciardo on the podium, we think he has been very unlucky not to have been on the top step on more than one occasion in 2016 but watch this space. Get your bets down and good luck.