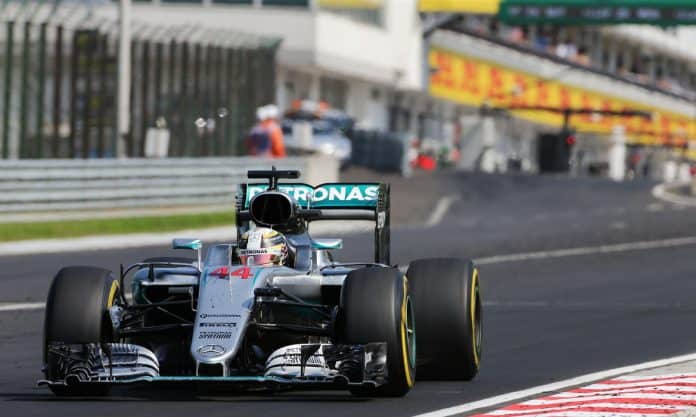 If you would have asked me at the start of the season that not only would we have have the top two drivers separated by a single point and third place man with just a full race win away from the top, I would have snatched your hand-off.

But that’s exactly where we are and it must have hit Lewis hard going into the last race the epic challenge ahead. With a four-times champion going wheel to wheel and in some cases beating the Brit on more than one occasion this year.

Not only that but you also have a new team-mate who has already won two races this season and is building in confidence with every race. I’m sure Hamilton enjoys the challenge and rivalry but i’m sure he wasn’t expecting either Vettel or Bottas to be as strong and competitive this season.

Lewis lay down the gauntlet in Silverstone by dominating the entire weekend and laying his stake that the title is no where near over. But some outstanding performances from both Ferrari drivers are indicating that the Maranello team have more aces up their sleeve than their German counter-parts.

In fact by looking at qualifying performances you can see just how close Ferrari have gained grounds on Mercedes with Kimi and Vettel narrowing the gap from an average of 0.4secs at the start of the season to 0.2secs.

No one really expected it, but Valtteri Bottas has had an exceptional start to the season. He’s kept his head down and got on with the job which has saw the Fin get on the podium for seven out of ten races. It’s stats and consistency like that can give you this drivers title.

So this weekend we’re at a personal favourite of mine which is the Hungarian GP. It’s had some exceptional race over the years from Mansell picking up his only driver title to Damon Hill’s Iconic move on Schumacher in the Arrows, to Jenson Button getting his first driver win.

Bottas has finish on the podium for the last four races

The Hungarian track is an extremely tight, intricate, technical track which can catch some teams out with tyre wear. Strong Aero packages are a must with long sweeping bends and multiple chicanes that follow each other, you certainly have to attack this course or you’ll be sat in the middle of the grid come Sunday.

Ferrari to me look to have a more complete package but i’m concerned where Seb’s head is following the shunt incident and he doesn’t appear to have the momentum he had four races ago.

Lewis Hamilton now tops the all-time leader board of 5 race wins at Hungary and with a dominating performance in the previous race there’s nothing stopping him extend this to six. His team-mate on the other hand look to be the only threat and we’ve seen in previous races the Fin beating Hamilton on numerous occasions to take pole position.

In my opinion this is where Bottas will start to press for title while not have the pressures associated with expecting to win it. Valtteri Bottas certainly has the pace and equal package to Hamilton so we’re backing the Fin this weekend to continue with a decent run of form.