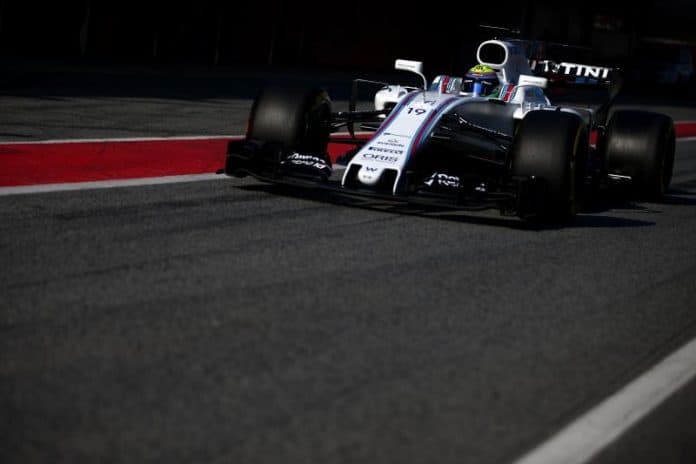 With the new F1 season starting in Australia on the 26th of March, we here at Betotg will take a look at what the new season will look like for the teams in  our F1 preview 2017.

With complaint’s of processional races and a lack of overtaking (exclude Max Verstappen in this conversation!) Bernie and the FIA had a complete overhaul to bring some life into a slowing drying sport which is dominated by the muscle of German efficiency. The new regulations are aimed at making the cars quicker on the corners and more stable behind the car ahead – which should improve overtaking. But as with all of these tweeks, only time will tell later in the season if this will provide a more entertaining race.

The 25% increase in tyre size gives the cars that classic Senna 80’s feel to them when drivers had less space but were able to overtake round bends.

The aim is to provide better cornering due to an increase in tyre surface area which in turn improves grip. The consequence of this is an increase in fuel consumption which may result in more pit-stops during the race.

The aero engineers must have been buring the midnight oil as there are significant changes to both front and rear of the 2017 cars. The front wings have widened by 15% and there are more tiny intricate fins on them like never before. All of this is to add to the improvements of grip which the drivers complained about of last years car. I addition to this the rear wing will be dropped by 15cm and widened by the same amount to provide more downforce to the driver. The wing also sits much further back from the engine and allows for more angled aero to overhang which gives the designers something to work with to increase downforce further.

There are also changes being made to the diffuser. The new rules allow for it to be taller, wider, and further forward. all of which increases (yep you guessed it) downforce! The downside to this is that it affects the turbulence and airflow behind the car, so this will be inversely-proportional and affect overtaking.

We will also see some changes to the rules that govern engine usage. You will remember Lewis Hamilton took only one back of the grid penalty during last year for what should have been a 75 place penalty. The new 2017 rules will now penalise you for every part change made to the engine, so teams will need to consider this during the weekend should any changes be required.

The top teams seem to be very upbeat for the coming season. Ferrari looks to have a competitive car with both Sebastian Vettel and Kimi upbeat about their title contender. The Redbull car looks solid round track and shows quick lap times which are comparable to the Merc.

Williams loss of Botas doesn’t appear to have dropped their spirits and the Massa’s times look on track to compete with the top-three. The only real disappointment looks to be McLaren who have had engine failures during the first pre-season testing in Barcelona and with the cheif of Honda uncertain as the why the engine failed it doesn’t leave you with much confidence that they’ll get it sorted out before the start of the season.

Be sure to checkout out our full analysis of all the teams and betting tips before the start of the season which kicks off in Australia in 2 weeks time.