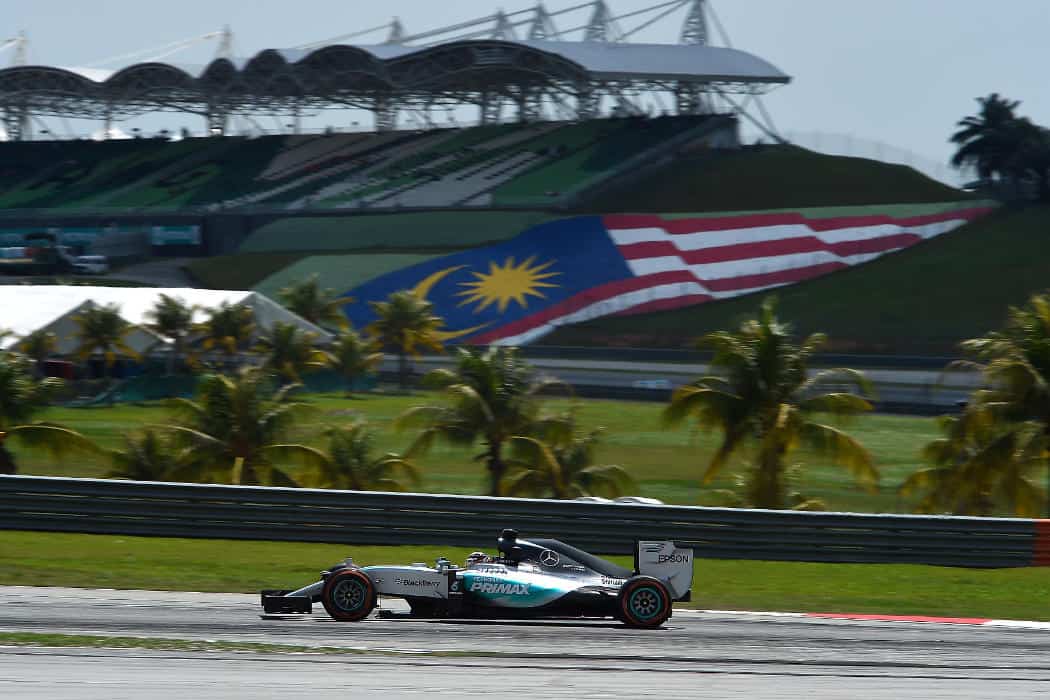 Lewis Hamilton got his F1 campaign off to a great start by winning the Australian GP, the double-world champion lead from the start but it was not a dominating performance as teammate Nico Rosberg kept within a few seconds of the lead for the duration of the race, after the race Nico Rosberg said:

“I was trying every lap to my maximum and I will do all year. I will give him a big run for his money and hopefully beat him.”

Ferrari appear to have made the greatest gain on Mercedes over the winter period, but even with a complete overhaul of management and new Technical Director the prancing horse is still well over a second off the pace to Mercedes in qualifying.

Williams were also the surprise package in oz with Massa qualifying a respectable third and just missing out on a podium place, there’s a good chance that either Massa or Bottas could get a race win this season.

McLaren-Honda have confirmed that Fernando Alonso will drive this weekend following his absence of the Australian GP, due to a crash during pre-season testing. Valtteri Bottas has also confirm he will drive for Williams after the Finn injured his back during qualifying in Australia.

The Malaysian GP has brought us some great races over the years such as the infamous “Multi 21” back in 2012, where Red Bull’s Mark Webber and Sebastian Vettel took each other out after the four-times world champion ignored team rules and attempted to overtake Webber which resulted in both drivers crashing out of the race.

Ferrari and Williams could upset things in Malaysia if there are variable weather conditions during qualifying and race day – which can happen in Malaysia, but its more likey they will battle it out over second spot. Red Bull’s chances of a podium place look remote as the car performance appears to be well of the pace of the front runners.

Right now with SkyBet you can get Lewis Hamilton to win at 1/2, Nico Rosberg 2/1 and Sebastian Vettel at 14/1.