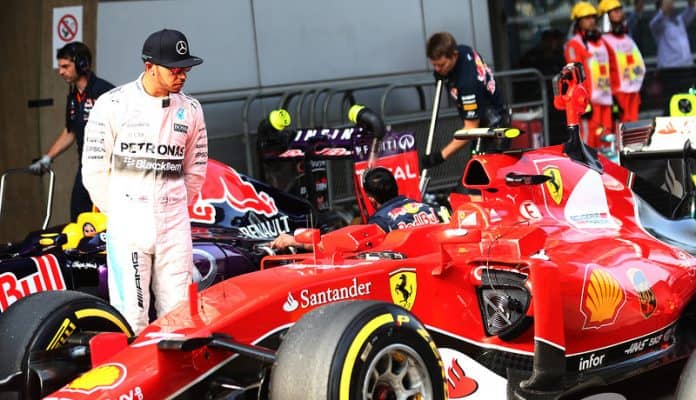 With the fast approaching start to the F1 season we begin by taking a look at the big changes happening in F1 for 2018.

Will the new Halo fitted to all F1 cars this season cause a backlash with fans? The idea behind it is sound, it will add extra protection for the drivers.

It is designed to take a forward strike of a 20kg object traveling 225km/h (140 mph). It also protects from side impact, so though fans might not like the look of it, if it saves a drivers life it goes without saying its got to be a good thing.

Better times ahead for McLaren?

McLaren return with a “be brave“ slogan after the last few years of poor performance they will need to be! February 23 will be the unveiling of the new MC33 car with its papaya colour that goes back to their original orange by founder Bruce McLaren from the late 1960s. Lets hope it brings new fortune for this once great team.

Will Ham still be a Mercedes driver in 2019?

Lewis Hamilton will be out of contract with Mercedes in 2019, the chief Toto Wolff has said he is confident he will sign a new deal to stay with the silver arrows, the only thing that would make him move would be a new challenge which he seems to thrive on, so watch this space to see the outcome.

Is Alonso past his prime?

McLaren boss has said Fernando Alonso has the same ability as Michael Schumacher, well that’s big boots to fill thought we here at Betotg have said in the past he is up there with the best.

We have also wondered with that talent why he has stayed with McLaren? it can only be for the money but he must be a wealthy guy. It must be time for him to go for glory, he is again going for the triple in 2018: (Monaco GP, the Indy 500, and the 24hr Le Mans) if anyone can do it he can.

We were sorry to hear Rubens Barrichello has had a health scare we have no information on the reason, but good to hear he is recovering well.

That’s it for our quick look at 2018 season, it wont be long till we will be at the start of the season. We hope an exciting new year of F1, so if you enjoyed our review keep watching us through 2018.