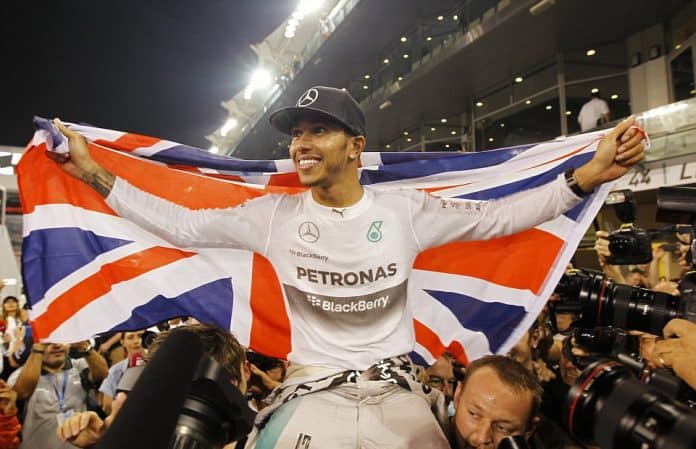 It fair to say that this years F1 title-race may have tailed off towards the latter part of the season, but overall for this F1 2017 review it’s been fascinating to watch Sebastian Vettel and Lewis Hamilton scrap-it-out not just on the track but between the war of words though-out.

We’ve come a custom to teams showing decent pace during the winter pre-season testing, but failing to deliver come Melbourne for the first race – but this year was different. Ferrari who displayed excellent pace in all three Barcelona tests (in some cases out performing the Mercedes) came out on qualifying just 0.2secs behind Hamilton and split the Mercedes cars on the grid. What was even more astonishing was that Vettel could not only keep-up with Lewis but beat the Brit to the chequered flag, giving Ferrari their first win since 2015.

Not since Vettel won his last championship title in 2013, had the German been given a competitive car and gave fans the prospect of a tight title showdown between two of the greatest drivers of a generation.

Fears of the first race being a fluke were dampened with Vettel taking second in China and another race win in Bahrain. With both drivers with less than 6 seconds between them over the whole race. Suddenly the prospect of Hamilton walking away with the 2017 title looked less likely.

In contrast Hamilton’s new team-mate Valtteri Bottas who replaced retired 2016 champion Nico Rosberg had a decent start to his Mercedes career, picking up the last podium spots in the first 3 races and winning in Russia.

Red Bull who seemed to be gaining ground in 2016 with two exceptional drivers in Ricciardo and Verstappen, appeared to have taken a step back with the new Renault engine failing to provide sufficient horse-power to give the drivers a fighting chance and leaving the team in a dog-fight with Force India and Williams for the first quarter of the season.

A year for Mad Max to forget

Max Verstappen who had a stellar 2016 was a shadow of his former self and had horrendous bad luck for most of the season. The Dutchman was involved in several on-track incidents with other drivers including Vettel which resulted in the German making a vocal public comment regarding Verstappen’s driving.

Max was able to recover towards the end of the season with second place in Japan and a win in Mexico and Malaysia, but given the young drivers potential it appears his talents are squandered if Red Bull appear to be using a lame-duck in the Renault Engine which is no-where near Ferrari or Mercedes.

There were signs that Hamilton was struggling to cope with the pressure of Vettel and Ferrari’s pace, with difficult races on Russia and Monaco. But the Brit always found a renewed inner resilience to turn it around the following race and wins in Spain and Canada meant it was level-pegged halfway through the season as we approached Silverstone.

It wasn’t until the Belgian GP what we saw what all great champions do, reach a new echelons that their rival cannot contend with and Hamilton did just that. The Brit went on an astonishing 5 out of 6 race win, he would have made it 6 back-to-back race wins if were not for Malaysia where he came a close second to Verstappen. I gave Hamilton a commanding points lead for the title and knowing that Seb would need to win in Mexico to keep his title chances alive.

In the end Lewis’s second-half performance was just too much for Vettel who was unable to get on the podium and gave Hamilton the 2017 WDC title with two race to spare.

Ferrari have closed the gap throughout the year to Mercedes and brought some interesting aero upgrades which certainly gave Vettel an edge. Red Bull also appeared to be stronger near the end but i’m concerned with their engine suppler as Christen Horner doesn’t really have a solid supplier for the next 5 years which could impair the team for foreseeable future.

Lets hope that the team at Maranello can compete as close as they have done this year and given Bottas should have cemented his place in the team for a season that the Finn can raise his game to given Lewis a fight for next year.