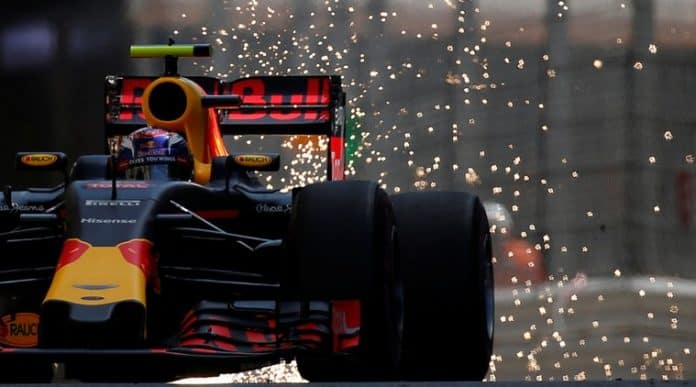 With less than a week to go before the smell of diesel and ear ringing noise bellows our of Albert Park in Australia for the start of a new Formula 1 season, in our F1 2017 betting tips we’ll take a look at all for the new rules and regulations for 2017 and see what this means for the new cars and teams and we’ll look at the driver line-up. Plus we’ll give you our opinion of who’s our top tips to likely to be in for a shout of winning races and the championship this season.

New rules could put a real spanner in the works

Bernie’s last parting gift of new regulation changes to the 2017 cars could be best thing to happen to the sport since the introduction of front wings. The new rules will mean that fans will see significant differences to the cars that will line-up the grid in oz.

Aero-upgrades which are scheduled by the teams in advance are a great way to hedge your bets prior to race weekend if you think it could give an advantage.

The first thing you will notice about the cars is the total width has increased to 2 meters. This is in part due to wider tyres being introduced by 80mm at the rear and 60mm at the front. A wider car will mean there’s less track space to overtake but the upside of this means there is more grip on the corners which will allow the cars to go fast on the bends, some driver have even commented on being able to take some corners flat-out where they couldn’t the year before.

The rear wing has had a face-lift and is 150mm wider and lower, it also sits 200m further back which will compound the issue of dirty air behind the vehicle and make overtaking that much more difficult. Added to this is an increase in the side wing barge boards and a higher diffuser which should increase downforce and pre-season testing has proven to show the cars are around 4 seconds quicker than the year before.

Who’s looking ready for the grid in Oz?

Given that the teams hate to give any of their opponents an advantage, pre-season has always been marred with complexity to try and gauge who has the upper hand. But by viewing Barcelona pre-season lap times and watching the cars round the track we reckon we have a good idea of who’s got a decent package going into this season.

Mercedes have always looked strong going into pre-season testing, knocking up the most mileage and this year is no different clocking an impressive (2597km). The Silver Arrows wasn’t always the quickest round the Catalunya circuit but the team appear to have done a great job as the car looked well balanced going into and coming out of the corners and both drivers had little issue with the handling.

Newcomer Valtteri Bottas comes with pace and experience appeared to just edge Lewis in testing so either Lewis was holding back on pace or we could see at least another dog-fight between the Mercs. Lowe’s exit to Williams may cause some disturbance in the garage but provided Mercedes have kept pace with development, Lewis stands a very good chance for his fourth title fight.

I know i’ve said this for the past 3 years, but provided Mercedes are not holding back too much during testing then Ferrari looks serious contenders this year. Both Seb and Kimi genuinely look confident about its performance and Ferrari even ended a few testing days ahead of the silver arrows. As i’ve said its difficult to tell what fuel loads they have or are missing aero parts that could arrive on race day, But the prancing horse looks stronger this year than in most. Give Sebastian Vettel a car that can at least compete against Lewis and you’ll see the German take at least 4 race wins away from Hamilton.

Red Bull who dominated during the first half of this decade could be gradually coming back to form. The new RB13 has some very interesting interpretations on the new regulations and both Ricciardo and Max Verstappen (who had a sensational 2016) weren’t quite up to the pace of both Ferrari and Mercedes but as is the case in testing it could all be smoke and mirrors, we can only hope. Undoubtedly they have the strongest driver lineup outside of the mercs and with the legend that is Adian Newey back with a renewed emphasis on bending the aero regulations we could see the raging bull back to it’s best.

F1 2017 Betting Strategies during the season

No doubt Bottas has picked up the golden ticket signing for Mercedes and given that the Chief exec of Mercedes F1 used to manage the Fin, the scales are likely to favour Bottas should he perform as well we’d expect. Last year proved that Lewis is beatable but the stats are misleading due to Hamilton’s back luck with engine failures and points penalties.

Ferrari are always a sound short bet during the start of the season and lack of results over the past couple of years have pushed the odds in favour of the punter so a Seb win during the early stages of the season always give a decent return.