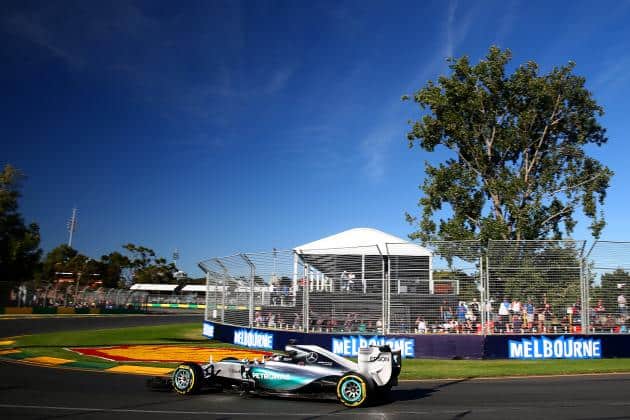 We’re continuing our preview of the 2015 Formula 1 Championship which starts today Sunday 15th March in Melbourne Australia, If you missed Part 1 you can read it here.

Williams:
Have gone from strength to strength for the past couple of years and it looks like they’ll continue to improve this season. The new FW37 performed well during all three pre-season tests and looked well balanced into the corners and with a Mercedes engine under the hood they could give Mercedes a run for their money.

Felipe Massa and Valtteri Bottas are a good combination of experience and and rookie potential expect to see them battle it out towards the top six for much of the season.

Force India:
The 2015 car looks like a good package with the team also using “Mercedes-Power” for their engine this year, but its difficult to see the team with their limited budget improving on their respectable 5th place from last year.

Lotus:
Lotus came into F1 a few years back and immediately made an impact pushing the likes of Red Bull and Ferrari for the top stop but the car is under-performing of recent and it is mainly due the the lack of performance of the Renault engine, this year looks to be another season where the team will struggle to compete.

Toro Rosso:
Following last years improvements the team will hope to stay in the final Q3 sessions for qualifying. With a strong car package and the support of Red Bull Expect the team to make further gains this season.

Sauber:
It was still unclear until Saturday morning which drivers would be racing for the team following a court battle on Wednesday between Van der Garde and Sauber which ruled in favor with the driver, but the Dutchman pulled out of qualifying in the last minute following talks between the team and his management. So currently the driver line-up for this weekend is with Marcus Ericsson and rookie Felipe Nasr.

Manor Marussia:
There was doubt that the team would actually start the season, but with new management the team were confirmed to race in late Feb. Don’t expect much from them until the new 2015 car is available towards the middle of the year.

Spain’s Roberto Merhi and England’s own Will Stevens complete the grid for what hopes to be an exciting season ahead.