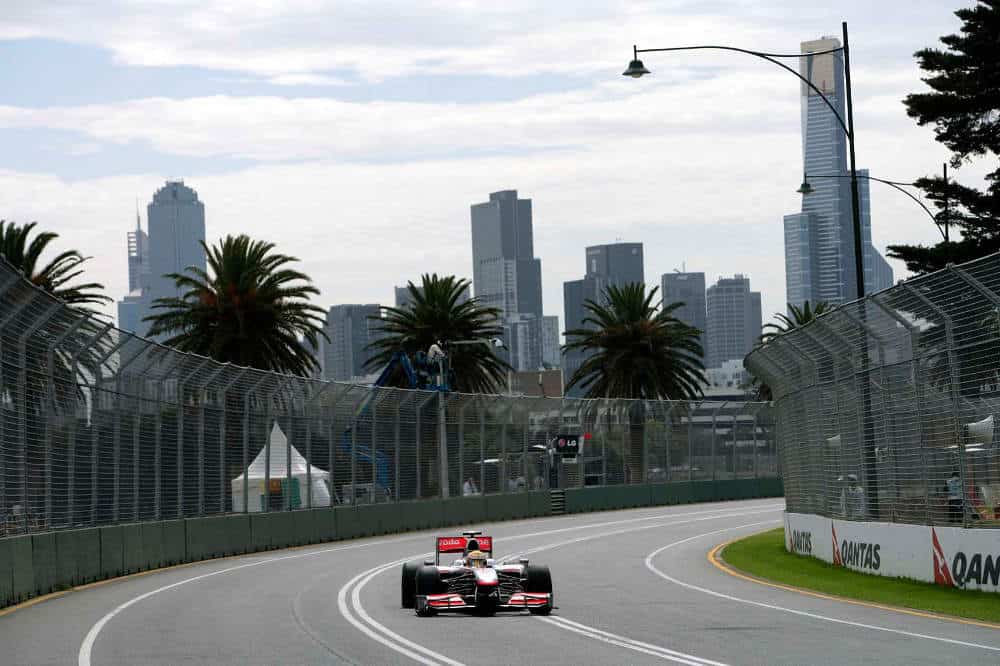 The Formula One 2015 season starts this weekend 13th – 15th March in Melbourne Australia, so here’s BetOTG – Bet On The Go’s definitive guide of all the teams and drivers and how they’re shaping up for the grid lineup on Sundays race.

Mercedes will certainly be the team to beat this year, their new 2015 car looks bullet proof with both Lewis and Nico clocking up more miles on the first day of testing than the rest did on all three days of testing in Jerez. Both drivers were quick to remark on how well the new car handles out on the track so expect Mercedes to continue with the form they showed last year.

Lewis Hamilton will want a repeat of last years success of winning the drivers championship, the double world champion will drive alongside Nico Rosberg who will hope a turn of fortune will see him take the crown. If the rest of the pact cannot keep up with the might of Mercedes then the rivalry we saw between Lewis and Nico Rosberg will only intensify this year which will lead to some great races.

The Maranello team have had a complete reshuffle following the dismal performance of last year that saw the departure of double world champion Fernando Alonso, Maurizio Arrivabene comes in as team principal and Sergio Marchionne replaces Luca di Montezemolo as president.

Ferrari driver lineup includes four-times world champion Sebastian Vettel who replaces Alonso, alongside Kimi Raikkonen. Pre-season testing couldn’t has gone better, with Kimi remarking at how well the front of the feels compared to it predecessor and the results are telling with both Raikkonen and Vettel topping the lap times in all three preseason testing sessions.

[quote_center]It looks like Ferrari have made all the right choices during the winter development and could be a good outside bet for the championship.[/quote_center]

The same cannot be said about Red Bull, although the cars striking black n white camouflage was intended to mask their new aero package from competitors, it could not hide the lack of horsepower from the new Renault engine. When asked Daniel Riccardo appeared optimistic on the performance of the new car, but It’s likely that Red Bull will be playing catch-up certainly for the first quarter of the season.

Austrailian Daniel Riccardo will drive alongside Russian rookie Daniil Kvyat who was GP3 Series champion in 2013 and regarded as the “real deal” by team boss Christian Horner. Expect Red Bull to give Mercedes and Ferrari a run for their money

It hasn’t been the best of starts for the rekindled relationship between Mclaren and Honda. During first pre-season testing in Jerez the car was some 18 seconds off the pace with both Jenson and Fernando having to share the new MP4-30 car. But as the weeks have gone on they have had some improvement and have closed the gap and clocked up the miles, but the car is still way off the front runners, [quote_left]unless there is some miraculous turn of events expect to see the team struggle for most of the season.[/quote_left]

Mclaren have retained Britain’s Jenson Button who is in to his sixth year with the team, alongside double world champion and Spaniard Fernando Alonso who moved from Ferrari.

During the final pre-season testing in Barcelona Alonso crashed on the first day which resulted in him spending four days in hospital following concussion. It is confirmed that he will miss the first race in Australia following the accident.