BetOTG | Bet On The Go!
Home Sport News Formula 1 F1 2015 pre-season testing: What have we learned from Jerez? 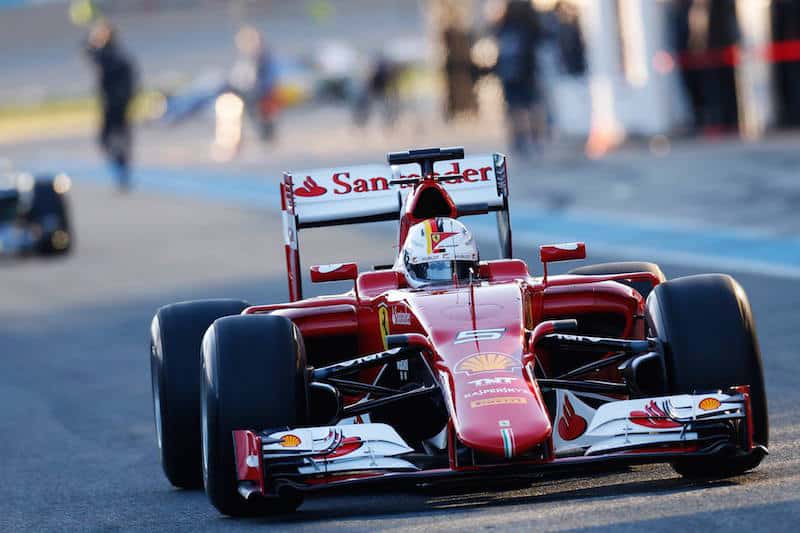 As the first session of of pre-season testing comes to an end in Jerez, what have we learned about the performance of the new 2015 F1 cars and which of the teams have made grounds on the ever dominating Mercedes Team?

Not all the teams were there for the first of three pre-season testing before the season begins. Mercedes have started where they left off the end of last season – with a very impressive complete package. Both drivers have clocked up approx 160 laps for each of their sessions – more than any other team, the car looks very well balanced going into and out of corners and both Lewis and Nico Rosberg commented on the how well the overall handling of the car was.

Red Bull who were Mercedes only real rivals last year came to Jerez with a very unique looking livery (see main image), it was obviously a great tactic to make the car more difficult for us (and more importantly rival design engineers) to see the new intricate aerodynamic add-ons to the car:

following the third day Daniel Ricciardo was pleased with the testing they had done but insisted it was too early to say whether they had made grounds on the Mercedes car.

The renewed McLaren-Honda relationship started off with a whimper, with the car some 18 seconds off the pace of the Ferrari on the first day of testing but throughout the week the car continued to improve with both Alonso and Button completing 6 laps each on Tuesday and on the final day Alonso was able to complete a total of 32 laps before a water leak ended his testing but he reported that the team had made a big steps forward during the four days.

Ferrari will be particularly pleased with themselves as Vettel topped the first days testing times and the car has stayed towards the top end throughout the past four days, Kimi Raikkonen also commented on how much of a significant improvement the new SF15-T was compared to the previous year, he ended finishing the fourth day on top of the times.

The teams will move to Barcelona for the second pre season testing which starts 19th February, get all the best odds now before the season starts at the link below.