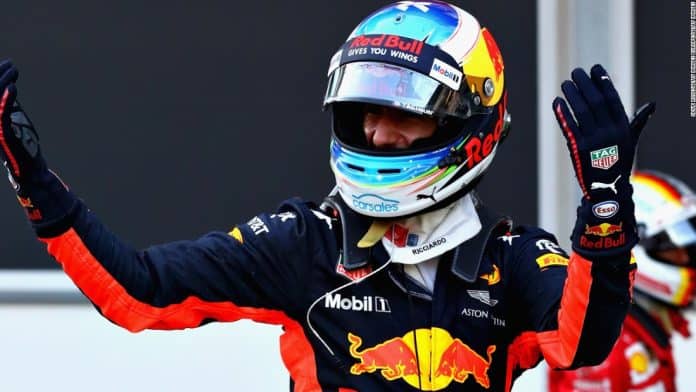 Vettel looses his cool in Baku

Azerbaijan could see a turning point in the 2017 F1 season. Are we going back to the bad old days? we all remember the scandals in certain teams that saw the departure of their team principal’s and certain drivers who thought it acceptable to win by any means. We know who they were and now we have Sebastian Vettel, what he did to Lewis Hamilton deserved a black flag and a one race ban, so what did he get, a 10 second penalty. To make it worse he goes round saying “what did I do?”

Now back to Baku where Mercedes driver Valtteri Bottas had a first lap crash with Kimi Raikkonen. This put Bottas to the back of the field and left Raikkonen suffering with a damaged car. It also saw Carlos Sainz spin, though he did recover and continue to the end. Joylen Palmer continued with his run of bad luck to have his engine fail on the 8th lap. Both Verstappen and Kvyat both out in the 13th, Max has had a terrible run of bad luck this season.

On lap nineteen under a safety car just as the race is about to restart, Vettel hits the rear end of Lewis car and then goes along side and drives into the side, this would be classed as road rage on the streets.

Raikkonen and Perez were both out on the 21st lap, but both rejoined in the 22nd lap due to the race being red flagged due to debris on the track. This allowed the teams to repair the cars. Both Massa and Hulkenberg were out on lap 27, which is a pity for Massa as he was running well at that point.

At this point Lewis still looked like he could easily win the race, but one fault we have never saw before was his headrest came loose and he was seen driving one handed holding the part with his other arm. His team was ordered to pit him for a new headrest. He came out behind Vettel and stayed there to the end of the race.

Well there was good things to come out of this race. Valtteri Bottas coming from the back of the grid to finishing second in the race was a fantastic achievement for the Fin. Daniel Ricciardo’s was smiling even more than usual following a roller-coaster race starting way down the grid but only to finish winning. But the driver of the day deservedly went to Lance Stroll, the Canadian driving for Williams drove an incredible race to finish an emphatic thrid and well earn podium place for everyone in the team.

Must quickly mention Fernando Alonso not only finished the race but got his first points of the season “Go Fernando”!