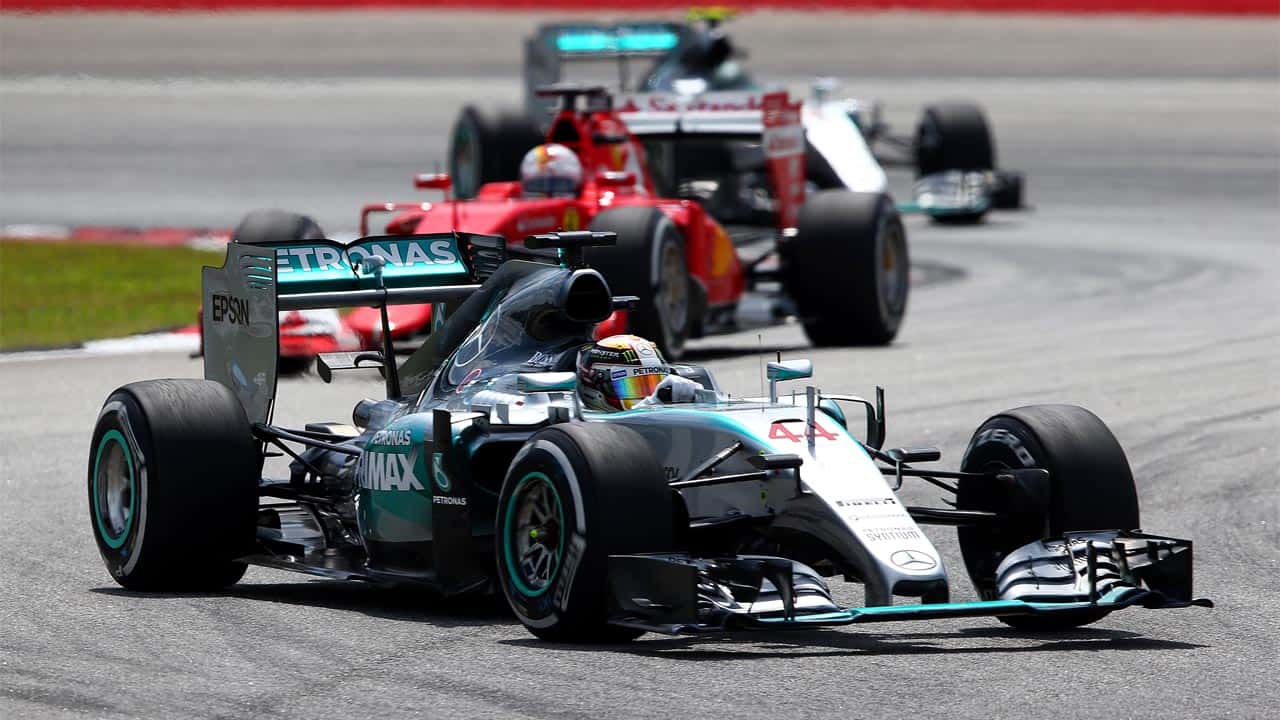 Torrential rain during Saturdays qualifying in Malaysia, and some clever tactics from Ferrari put to bed those who feared that is season would be dominated by Mercedes.

Sebastian Vettel took his first win for Ferrari in only his second race for the team. Vettel deciding to stay out during the safety car and changed tactics to a two-stop strategy, which meant that both Mercedes driver had to do another pit-stop.

Vettel dominated in the second half of the race when the harder compound tyres where not working for Lewis, he was unable to catch-up with the Ferrari and ended the race some 10 seconds behind, it leaves Vettel just 3 points behind Hamilton for the title. Following the win Mercedes team boss Toto Wolff said:

“To lose the race fair and square is a surprise and a bit of a wake-up call, which is good for us.”

Ferrari hadn’t won a single race during last year but the change in management as well as bringing in four-times world champion Sebastian Vettel seems to have re-energized the team. We have to wait to see if this was a one-off that Ferrari capitalised on or whether Vettel and the team have a real chance for the championship.

This weekend we’re in Shanghai for the Chinese GP, which has always proven to be a track where team strategy is key. The track is quite wide with one of the longest straights in F1 so overtaking is less difficult which means there should be a lot of great action on the track. Tyre degradation is lower than in Malaysia so expect to see more teams opting for a two-stop strategy.

As with Malaysia there a chance of rain during the race weekend which could mix things up and give some of the other teams such as Williams and Red Bull the advantage.

Right now with SkyBet you can get Lewis Hamilton to win at 4/6, Nico Rosberg 11/4 and Sebastian Vettel at 4/1.

Sky have a great outside bet for Daniel Ricciardo to to win the race at 100/1!