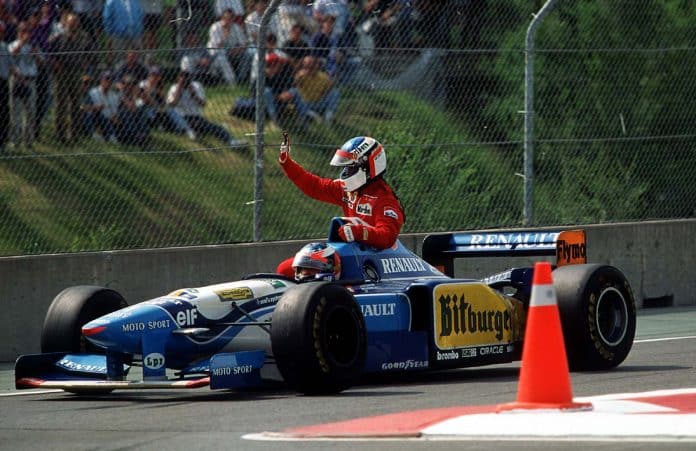 With Hamilton on the back-foot, this weeks Canadian GP betting tips 2017 we explain just where Ferrari made a significant improvement in Spain and who in the mid-pack are the best drivers/teams to back for points in Montreal.

Ferrari were in a different league during the Monaco GP. The Scuderia locked-out the front row with flying Fin Kimi Raikkonen nabbing pole from title leader Sebastian Vettel.

In contrast championship rival Lewis Hamilton was in meltdown and couldn’t get a decent lap together to make it to P3. Not for the first time this season that Mercedes seemed powerless to find a solution to Hamilton’s lack of balance in the car.

During the race both Ferrari and Vettel capitalised on Lewis Hamilton’s performance issues and took the under-cut during the only pitstop of the race where Seb overtook Raikkonen to win the race. It was an emphatic 1-2 for Ferrari and a statement of intent from the Maranello team to Toto Wolff and Mercedes of things to come. Not since the 2010 German grand prix had both Ferrari cars taken the two top positions and given previous results this year and the gradual improves the prancing horse has made.

It was a case of damage limitation for Hamilton who started the race in 14th and finally cross the line in 7th – which stretches Vettel’s lead to 25 points. I know we have a long season ahead, but being a quarter of the way through the season is clear to see that Lewis has struggled to find pace. In particular in Sochi where Hamilton couldn’t manages his tyres well enough to keep-up with Vettel’s pace. After recent efforts in Monaco is unlikely that this issue is going to go away in the short term.

Barcelona upgrades appear to have made a significant improvement to the Ferrari car, so much so that both Hamilton and Wolff believe that Mercedes are now playing catch-up. Wolff said:

There were some good signs of progress from the Red Bull garage with both drivers able to keep up with Ferrari on the twisty bends of the Monaco streets and with Ricciardo taking a strong third place. Balance of the car doesn’t appear to be an issue with the Red Bull it’s mainly down to raw horse-power which is somewhat lacking in the Renault at present. Canada holds a number of intricate bends and hairpins (as well as some long straights), so it’s likely that the mighty bull should be more competitive going into this race.

Canada favours strong attacking style drivers and Mercedes have always performed well here. That said you can’t ignore the meteoric rise of Ferrari’s performances of late and Vettel and Raikkonen will certainly be up there. Recent upgrades in Barcelona both Merc were not radical enough to make an impact and as a result have put Mercedes on the back foot.

Hamilton seems to relish being the underdog instead of leading championships so this deficit in points could favour the Brit. By personally I cannot see Mercedes or Hamilton coming up with a solution to Ferrari’s turn-around in performance any-time soon. Not until we get to Germany. But given that the silver arrows is only just ahead in raw speed to the Ferrari, it may be enough to give Hamilton a decent run in Canada.

I think it’s too close to call at the front so my money is on who’s picking up points in the mid-pack and given the pace that McLaren have displayed recently, a double points finish isn’t too far off the cards. Haas F1 continue to impress and seems to have bridged the gap to Williams, with both Grosjean and Magnussen finishing in the points and i’m backing both to do the same this time round.