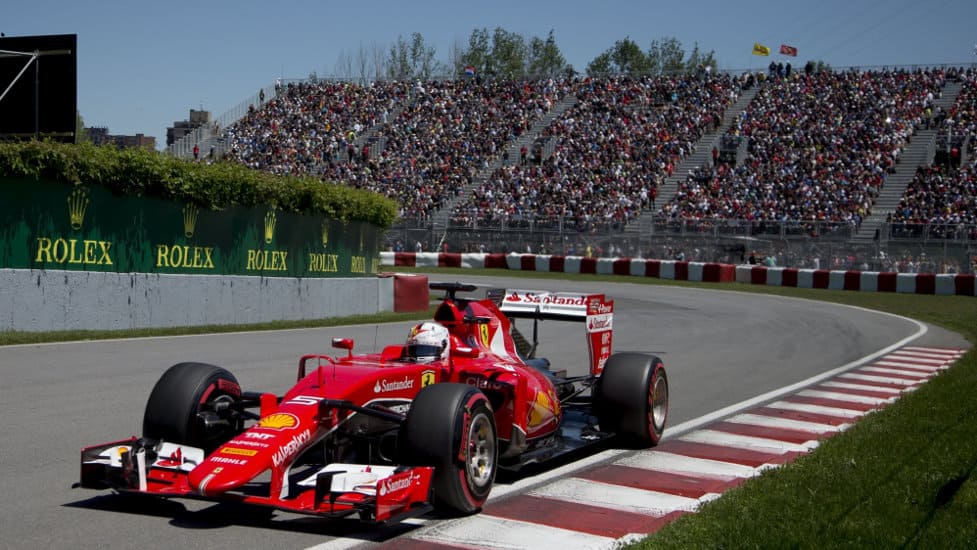 Lewis Hamilton must still be licking his wounds after narrowly missing out on taking his first race win at Monaco only to have it snatched away from him by his own team no less. It all started to unravel when Max verstappen who was having a fantastic race himself misjudged the braking of the car in front and ploughed into the back of him and into Sainte Devote.

This brought out the safety car and meant for a period of time that Lewis who was leading was the “virtual safety car”. The hesitation by Mercedes not to bring him in sooner and switching to the option tyre once the decision was finally made clearly lost him the race and handed the win to his team-mate Nico Rosberg who is now 10 points adrift in the championship. But that’s racing and ever since then Lewis has been very pragmatic about the events that occurred and so he should be.

So we move to this weekends race in Montreal for the Canadian GP, which has to be one of the best circuits on the calendar. Why you ask? Certain sections of the track give you a feel that it’s a street circuit with tight chicane’s and unforgiving arm-coe barriers with little no runoff strips, if you make a mistake your likely to be out of the race. And there aren’t many tracks in the world that can boast to have a “Wall of Champions” with the likes of Michael Schumacher, Damon Hill and Jacque Villeneuve all falling victim and crashing into the wall.

The Canadian GP has given us some of the best races in modern time. With iconic races such as Jean Alesi first race win for Ferrari in 95′ to more recently Jenson Buttons legendary race in 2012 where he came from the back of the grid to win the race on the last lap.

Canada will be particularly hard-wearing on the tyres than most tracks so expect to see drivers coming in for at least two pit-stops for new tyres. There’s a number of good over taking places in Canada such a the back straight before the final chicane and the hairpin just before that as well as coming into the first corner.

You’d be crazy to bet against Lewis at the moment as he is having some of the great performances of his career and the bookies seem to think so too. Right now you can get short odds of 1/2 with Sky Bet.