BetOTG | Bet On The Go!
Home Sport News Formula 1 Can anyone stop Hamilton in 2018? 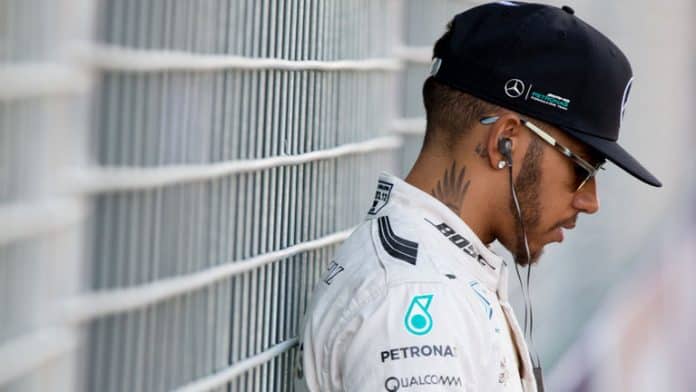 2017 was a sobering reminder of just how far Lewis Hamilton is to the rest of the chasing pack. Not just in raw speed but mental hardness to win the championship.

Just prior to Spa at the mid-point of the season, it looked as though the second-half of the season would be a photo finish as Vettel was not only capable of keeping-up with the Mercedes but comfortably beating Hamilton.

So when the Brit went on a 5-win streak and ended up taking the title in Mexico, the rest of the grid was stunned and left scratching their heads at how can anyone beat Hamilton.

Bottas not the finished article

To look at how far Hamilton has come, you just need to compare him to his team-mate Valtteri Bottas. The Finn may have had a decent first year by his own standards – picking up two race wins.

But Bottas was simply out-classed by Lewis thought 2017 and only appeared to show signs of improvement towards the end of the season, by which time Lewis had lifted off the gas peddle, having won the title.

Has Alonso realised he cannot compete with Hamilton?

Fernando Alonso’s decision to stay with McLaren for another year certainly raised a few eyebrows. The Spaniard spent most of 2017 complaining about the lack of horse power coming from the Honda engine, with talk in the paddock suggesting Honda were 45-50hp down compared to the Mercedes.

Alonso’s decision to race in the Indy 500 last year indicated his absolute frustration with not having a competitive car, many believed his relationship with McLaren was over. But the two-time world champion decided to stay with the Woking team for another season – Why?

Even though Honda Spec-3 and Spec-4 engines improved reliability towards the back-end of the season, it’s highly unlikely we’ll see McLaren at the front of the grid any time soon.

Could the reason be that the Spaniard doesn’t believe he can beat Hamilton in a fair fight? Alonso had spoken to Mercedes following Nico Rosberg’s decision to retire prior to the start of 2017, but chose not to sign-up for the silver-arrows. It appears that the Spaniard is more interested in chasing the money than trying to beat the best.

Do Ferrari have what it takes to beat Lewis?

Without question, Ferrari’s pace came out of the blue during pre-season testing last year. It’s rare for a team to make huge leaps in pace over the winter but Vettel and Kimi’s blistering lap times thought all of the Barcelona sessions showed promising signs.

Can the Marenelo team pull it out of the bag again this year? It’s fair to say that Ferrari have a strong development team structure in place, with a Technical Officer with a proven track record.

There are very few rule changes for 2018, so this could favour Mercedes giving them more time to focus on engine and aero development, rather than meeting regulations.

For me Hamilton is at his peak and reminds me of the year when Schumacher won his second title with Ferrari, with the team designing a car for the German who was the best in the field at the time.