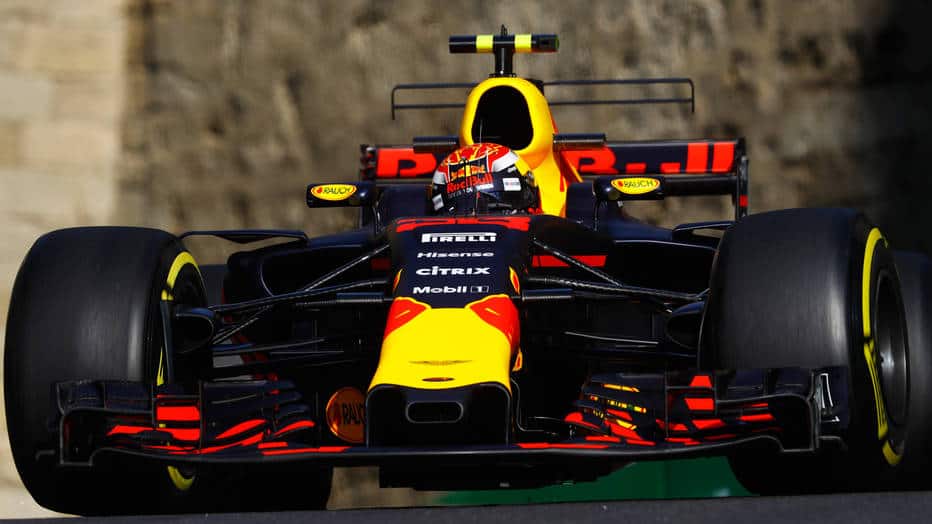 In this edition of the Azerbaijan F1 Betting Tips 2017 we give you a pit-lane pass into who’s best place to grab pole and win the race and who is likely to be on the podium.

The Baku street circuit has some serious bitch-slapping chicanes, judge it wrong it’ll be a long walk back to the pits.

Azerbaijan is still so new you can smell the new tarmac. With it’s first race in 2016 it was the turning point for Rosberg who won here and then lead a charge to dominate the later part of last season.

Lewis Hamilton had started in 10th place due to a hybrid power problem and struggled as his pit could not give him instructions due to new rules that came in.

Still the Brit made up a few places and did finish the race and Sergio Perez in the Force India did a sensational job of over taking Ferrari’s Kimi Raikkonen in the last couple of laps to take third.

During the previous race in Montreal we saw a return of Lewis Hamilton back to his best. It’s been a real roller coaster of a season for Hamilton, with Monaco being a complete disaster for him, where he failed to get to grips all weekend and carried it through to the race. In Canada it looked like another driver was at the wheel of the silver bullet and Lewis was in a class of his own. Hamilton made a repeat performance of what Nico did in 2016 – he led from start to finish. This is the Hamilton we are used to seeing and the at BetOTG all agree that this is now the time for the Brit to lead a charge for the championship.

Frustration is the only word I can use to describe Red Bull at present. Max Verstappen must be fed up with his car after he made a blinding start in the Canadian GP and shot into second place. The young-gun took a piece of Sebastian Vettel’s front wing which it left Verstappen needing an new wing later in the race. We don’t believe Max would have won anyway given Lewis blistering pace. But it would have been a decent finish for Verstappen and team, but as has happened to him again this season, he had to park his car, it’s funny Daniel Ricciardo’s car has a lot less problems.

It shows how good a race Lewis was having when he finished almost 20 seconds ahead of second man Valtteri Bottas, with third man Ricciardo a full 35 secs adrift. It was a dominating performance for Mercedes who ended the weekend with both car coming home with a 1-2.

Lewis back to his best

Hamilton clearly has the bit between his teeth and we feel he’s just starting to hit good form. Momentum comes in waves and now that Lewis has got rid of the technical issues he’s had during the start of the season, it’s his time to claw back the points lead Sebastian Vettel has racked up.

I think Red Bull will be closer here than in other race so placing a short on Max having a strong start to the race is a decent shout and a podium place isn’t too hard to believe.