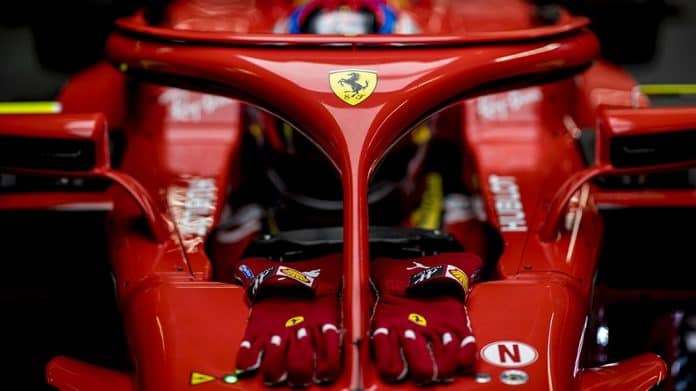 After what feels like the longest winter break in recent memory, F1 is back!

In this Australian F1 betting tips 2018 we’ll take a look at the lap times from Barcelona testing and try to decipher who is genuinely quick. We also give a brief run-down of all the drivers in the class of 2018 and their prospects of winning the drivers title.

Formula One may look more notably different this year than in previous ones with the introduction of the “Halo” protection for the drivers, but underneath there has been little change to the car compared to the last two years.

1. T-wings and Shark Fins are gone – New deflection test rules have in effect removed this.
2. Introduction of the Halo system – You won’t even notice them by the third race!
3. Trick suspension outlawed – Which allowed teams to cleverly adjust the ride height.

Testing Done – Where Do the Teams Stand?

Over the eight days of testing the heavens threw everything at the Catalunya circuit which meant the first week was a write-off. In the second week we saw the usual suspects dominate the lap times.

Mercedes decided to split the days between the drivers and clocked up a total of over 1000 laps between Bottas and Hamilton. The silver arrows did not put a foot wrong throughout all of the sessions and looked well balanced coming into and out of the corners.

Hamilton was some way off Vettel’s best but with different tyre compound and fuel loads the Mercedes on paper looked to edge just ahead of the prancing horse.

Are Ferrari as Quick This Year?

Ferrari were yet again surprising quick and ended testing ahead, albiet 0.5 seconds ahead of the next best driver. Both Kimi and Seb were positive of their experiences driving the SF71H. We can only hope the performance of lap times at Barcelona can be translated to Melbourne.

What about Red Bull and McLaren?

Renault finally appear to have produced a competitive engine that can compete against Mercedes and Ferrari. Even with McLaren having a torrid time with reliability issues, Fernando Alonso was able to put the McLaren second fastest.

Given the only difference between the Red Bull and McLaren is the chassis itself we’re hoping for a huge improvement in McLaren’s fortunes.

Red Bull’s package looks pretty solid with no real reliability issues and Ricciardo finishing testing as third fastest on a similar fuel and tyre setup as McLaren, they could be faced with more competition in the mid-pack.

Mercedes boss Toto Wolff is confident they have the complete package again to add to the teams five back to back double titles.

“Our reliability in testing looks good but we need to be careful to draw any conclusions. Despite getting some good mileage with the new car in Barcelona, many of its components have not even come close to the life they need to complete during the season.”

Is Hamilton set to join Fangio?

Lewis was in another league in 2017, so what does he make of this chances going into this season?

“I personally feel stronger and that’s a positive. I don’t know where we are in terms of the pack but reliability has been fantastic and the car feels great. It’s difficult to know until we get to Melbourne but I definitely feel we are moving in a positive direction.”

It’s near impossible to predict who will win the first race in Melbourne due to the secrecy of testing setup and different strategies. But with that said if McLaren can keep pace with the top two, i’d expect to see Alonso on the podium – something he hasn’t achieved since his Ferrari days.

I think Ferrari will be less cautious going into oz and will be willing to take more risk, which is why i’m backing Vettel to take the win in Melbourne. But either of the Mercedes will not be far behind.