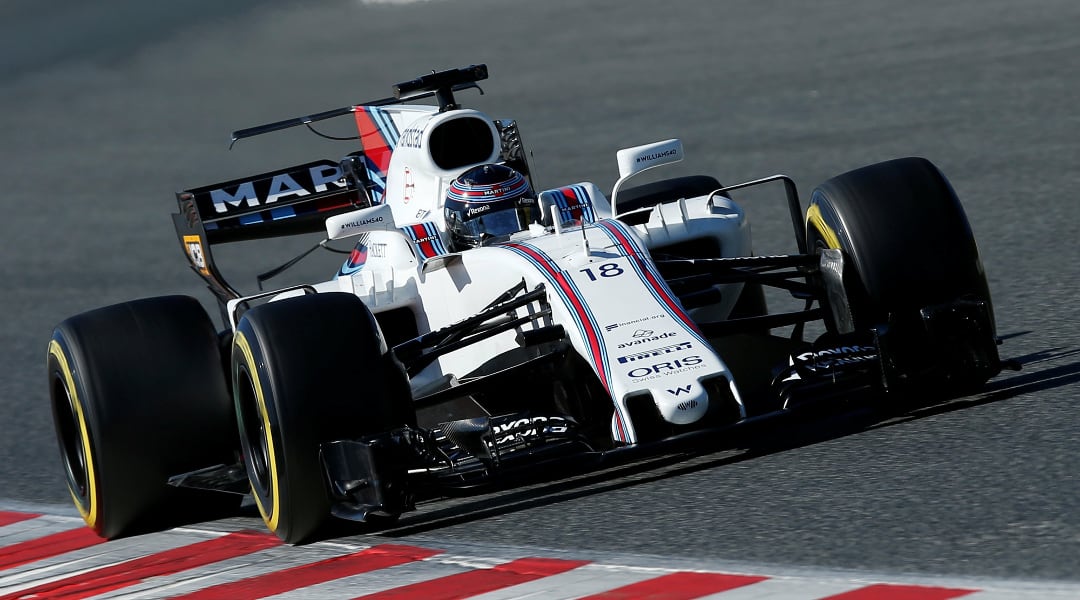 The mind games have already begun with Lewis Hamilton claiming that Ferrari were “bluffing” during pre-season testing in Barcelona and are the team to beat this year. But with Kimi Raikkonen ending the final day on top, the British drivers claims may have some merit.

With that said the Mercedes W08 looked faultless on track and both Hamilton and Bottas may have their own ace up their sleeve and are yet to open-up the true potential of the silver arrows.

Should the prancing horse be anywhere near the back of the Merc at the start of the season a short bet on Vettel winning at least 1 out of the first three races would be a decent shout. Be sure to bet prior to Saturday qualifying as odds will tumble as the teams show their cards. Without a single race win in 2016 Seb and Kimi odds look very attractive for winning the WDC but again early bets will return bigger rewards.

Close but no cigar!

Another positive for this year is just how close Red Bull are (just 0.5sec from the lead car). In my opinion they have the strongest driver line-up. Max Verstappen was fearless last year, making some ex world-champions look like chumps on track (when Seb is complaining you know you’re doing something right!).

Adrian Newey’s renewed focus on the 2017 car can only bolster Red Bull’s chances and at 10/1 for either Ricciardo and Verstappen lifting the trophy in Melbourne they’re odds not to be ignored.

Savvy Williams poach could be ace in the hole

Even with the departure of their star driver Botta’s, replacement Massa put in some attractive times to make the top 3-teams stand up and take note. With one of the most experience drivers on the track in Massa and the fearlessness of the rookie Stroll, Williams have a strong package that could outperform during the start of the season. Given some luck you may even find them on the podium come Sunday.

So what positives can be said about McLaren? Three-years into the McLaren Honda partnership and with a change in leadership and an engine with no power or reliability, things look bleak. That said it’s still early days and when you’re pushing technology to the limit your likely to hit a rough patch.

McLaren could be holding back on key aero parts but it’s not likely given how far down the grid they are compared to the front runners. A bet on Vandoorne or Alonso getting into the top 10 is a very risky bet but i’ve seen stranger things happen during the first race.

Force India was fourth fastest last year and with Mercedes power they hope to move forward with drivers Sergio Perez and another young driver who debuted at the Belgium race in 2016 Esteban Ocon. Drivers seem to be joining F1 younger year after year, which might not be a good idea having a lot of green drivers on a F1 track, but then Max Verstappen was spectacular in his first season.

Toro Rosso which is powered by Renault engines are Red Bull’s junior team. Drivers Carlos Sainz and Russian Daniil Kvyat. You might be remember Daniil was demoted from Red bull and replaced by Max Verstappen, so he is a bit on probation.

After starting 2016 with some very impressive races Haas seemed to suffer with reliability later in the season, still could do well in 2017.

Renault are still in future development. They have a sound budget and with drivers Nico Hunkenberg and Jolyon Palmer, both are capable of giving a good performance. British driver Joylen was lucky to be in this year as it looked like he might not get a seat, but a change in drivers for 2017 offered him a chance with Renault.

Sauber looks like it will be a difficult season for this team. Mid field looks like the best they will do, drivers Marcus Ericsson, and new driver in 2016 Pascal Wehrlein, will give it their best I am sure.