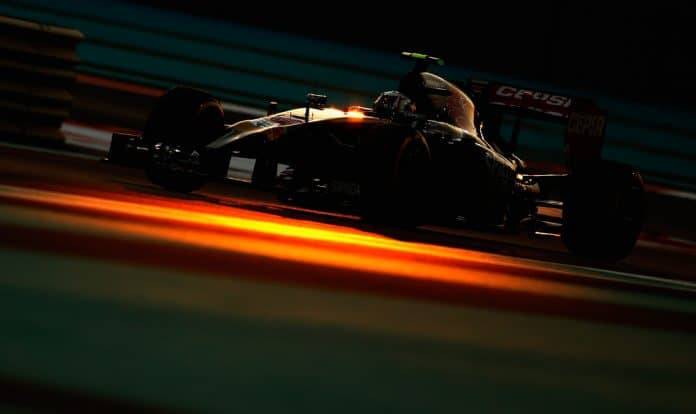 In our final Formula One preview for the season – Abu Dhabi GP 2016 F1 Betting Tips, we’ll analyse the title contenders and give you BetOTG’s predictions for the race, plus we’ll delve into the middle of the pace to pick out a couple of driver-gems who could pip the pace to the podium.

So the 2016 WDC has gone to the wire in Abu Dhabi. Many including ourselves believed the title would be tied up long before, such was the deficit in points between Nico Rosberg and Lewis Hamilton. But the Brit has shown astonishing performance with 4 in a row back-to-back wins to narrow that points tally to just 12 points. Hamilton has done everything in his powers to keep the title alive and now we go to the final race of the season to decide the winner.

Rosberg knows that he only has to come in third or higher to lift his first WDC, but this is new territory for the German as he has always had to chase the leader and in this case he is the one leading the constructors. During past 4 races it has almost been seen that Rosberg has almost coasted to the chequered flag to ensure its damage limitation with regards to points. Will he start the race on the offensive? Leading the final race on points can have a huge impact on your strategy, just ask Lewis Hamilton who almost missed out on his first title in 2008 for that same reason.

Going into this final race Hamilton knows he has nothing to lose but is all to aware that if both driver collide as they have done twice already this season that it’s all over. So with that said I believe Lewis will only take necessary risks in overtaking and leave it to the rest of the grid to take chances on Nico. With 4/4 race wins Hamilton has the performance over his rival so you’d be a brave man to bet against and we definitely don’t intend to, be sure that Hamilton will win this but by a very narrow margin.

In practice 1 and 2 Lewis Hamilton just edged ahead of his team-mate by 0.1 secs. It’s surprising to see Sebastian Vettel was only a couple of tenth’s behind the Merc drivers, so there’s a possibility the German could take the podium if he brings the same level of performance to qualifying. With Seb having won 3 out of the last 7 races in Abu Dhabi, most notably picking up his first title the German knows this track well. Vettel certainly has the ability round Abu Dhabi but the lack of Ferrari horse-power makes us believe he’ll end up in the top 3.

Dutch rookie Max Verstappen continues to excel and outperform the his team-mate and to be honest the rest of the grid! With high pace, strong reliability and unshakable level of confidence in his ability the driver of the year is in a strong position to take yet another win in what has been an outstanding season. Both Mercedes’ drivers will be extremely cautious not to get involved in any tussles with the Dutchman so this gives him a clear advantage going into this final race.

Finnish driver Valtteri Bottas was the best of the rest ending P2 0.5 sec behind Kimi Raikkonen and is our bet to get on the podium should we see any chaos at the front of the pact.