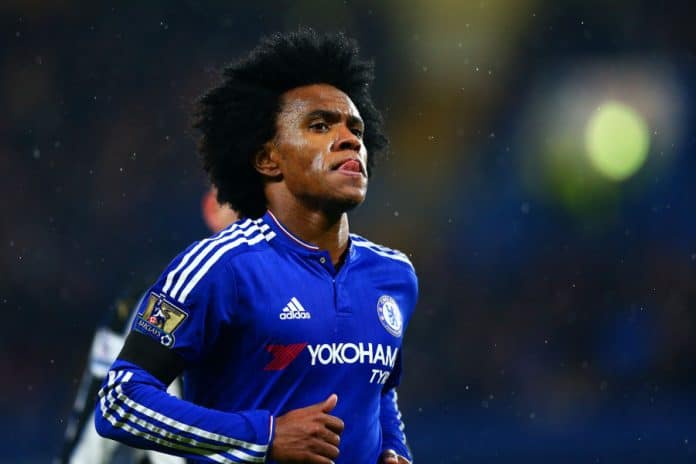 Jose Mourinho looks set to bolster his already formidable front row after Manchester United made an enquiry on Chelsea forward Willian (29). The Brazilian international dampened down rumors of move to Old Trafford during Chelsea’s midweek win over Huddersfield town saying “ I am happy at Stamford Bridge.

However Willian has been frustrated by the lack of starting opportunities since the start of the season. Antonio Conte will be reluctant to sell the Brazilian, in particular to a rival team challenging for the Premiership title.

Mourinho is prepared to off-load Henrikh Mkhitaryan (28) for £30m to make room for Arsenal midfielder Ozil in the summer. Mkhitaryan has failed to impress since joining United and has been absent in Mourinho’s starting eleven in recent games.

Manchester United may have a fight on their hand to keep Daley Blind after Barcelona have voiced their interest in the versatile defender. Blind is out of contract in the summer and could move to the Nou Camp on a free-transfer.

Southampton will have a busy transfer window on their hands, fending offers from both Manchester City and Liverpool who both want to strengthen their full-back position with Virgil van Dijk (26). The Netherlands international still remains a target for Klopp who tried to poach the center-back in the summer and the German is in dire need to strengthen his back-four.

Finally Chelsea, Liverpool and Arsenal have all inquired on Monaco’s Tomas Lemar (22). But Chelsea could temp Monaco by offering forward Michy Batshuayi 24 who is surplus to requirement by Conte, to seal the deal.