BetOTG | Bet On The Go!
Home Sport News Football Will Man United move in on Mourinho

Mourinho’s exit on Friday night was no big surprise, in fact you could say that Chelsea had been incredibly loyal to Jose in the hope that he would turn things around.

But at just one point away from the relegation-zone his position had become untenable. He had lost too many key-players at the club, mainly due to publicly slamming their performances and lack of commitment. In the end Abramovich had no choice but to let him go and recruit Guus Hiddink as the interim manager for the remainder of the season.

So where next for Jose? It seems inevitable that Pep Guardiola will be the next Man City manager during the summer, having confirmed he will not be renewing his contract with Bayern Munich. So could Mourinho’s departure trigger the board at Man United to sign him?

Recent performances at United haven’t gone in Louis Van Gaal’s favour. Infact United latest defeat to Norwich on Sunday puts the tally to six games without a win. Boo’s rang-out round Old Trafford as the fans grow tired of the clueless Dutchman. 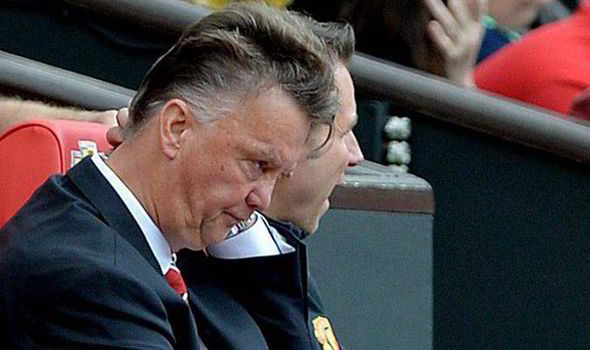 With so much money at his disposal, spending a total of £120 Million during the summer and bring in World Cup stars such as Bastian Schweinsteiger and Anthony Martial there are no excuses and he knows it. So at the risk of loosing a world-class manager to another club, and with Van Gaal’s contract up in 2 years we could see Jose Mourinho at Manchester United by the end of the season.

According to some sources within Chelsea there are NO terms within Mourinho’s contract that would stop him from moving to Old Trafford and the Portugese manager has expressed his interest in the position in the past. So there’s certainly a possibility that Jose will end up at United.

The only other possible option for Man United would be to sign Atletico Madrid manager Diego Simeone, but Chelsea already appear to be in talks with the Argentinian for a move in the summer after loosing out to Man City for Guardiola.

The next few months will be fascinating as this managerial merry-go-round finally unfolds and we get to see where they end up.