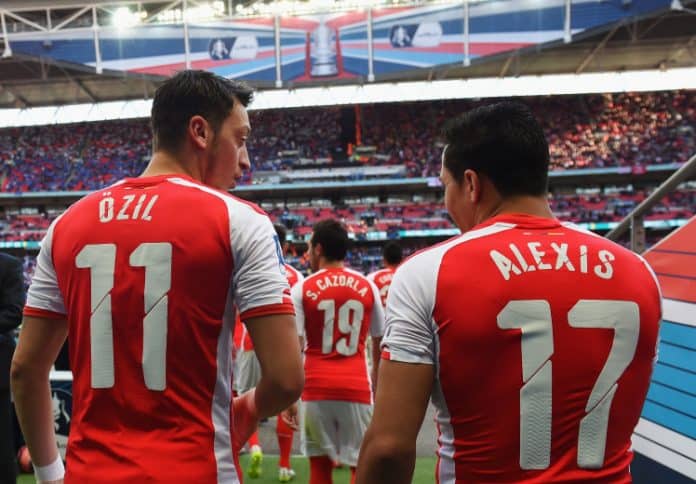 Sanchez joined Arsenal in 2014 from Barcelona and has been a key player in the squad since his arrival. The Chilean forward has scored a total of 56 goals in 113 appearances.

Mesut Ozil has equally been a strong influence to the squad, with the German midfielder contributing to 45 assists since his arrival in 2013.

Although both players had been temped by offers during the summer from the likes of Manchester City, Wenger did a decent job of retaining their services for another season.

When asked if either player will remain at the club after 2018, Wenger replied “I’m not the only, they have to decide on their future also.”

Midfielder Jack Wilshire’s future is also in doubt. The England international (25) has been hampered with a string to injures since he first joined the club almost a decade ago (2008).

Wilshire was also put on loan during 2016/2017 season after Wenger suggested that the midfielder was not guaranteed a regular place in the first-team. As a result Jack went on loan to Bournemouth.

Arsene has dampened any rumors of Wilshire’s departure during the transfer window saying “I will fight for him [Wilshire] to stay at Arsenal as he is a top quality player.”

Arsenal currently sit in fourth spot just one-point behind Spurs. While they have a strong squad at the moment, if Wenger were to let either player go in the January transfer window, it could have a serious knock-on effect of remaining in that position.