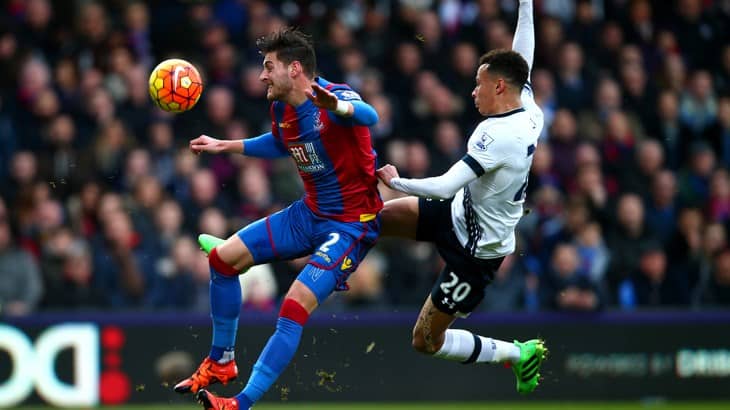 So this weekend we’re back to the FA Cup fourth-round, in particular we’ll be focusing on one of the biggest games in this round between Spurs and Crystal Palace.

Throughout most of the season while other teams around them have lost their head, Mauricio Pochettino and his players have stayed focused on the job, digging-out consistent results.

In such a crazy season Tottenham have shown discipline, gradually building in confidence and this month they have really shown their hand as serious title contenders for the title.

The same can’t be said about Crystal Palace who have had a real hard time of it recently. It must have been frustrating for Alan Pardew to see his side just lose out to Watford on the weekend following the red card on Pape Souaré. The only positives any Palace fan could take away from the game was to see Emmanuel Adebayor get on the score sheet. Palace have a great striker in Adebayor and when the player wants to, he can be a formidable forward against any side.

Pardew is certainly treating his sides run in the FA Cup as serious as any fan could hope for. By taking the squad over to a Spanish training camp he will be hoping to focus on key areas of weakness before Sunday’s game.

Spurs mid-week game to Fiorentina on Wednesday shouldn’t have affect their pace too much but we could see some key-players come on later in the game.

It would be easy to say that Spurs recent form will see them comfortably sail through to the fifth round, but form in the league doesn’t always translate to performances in cup games. Spurs have only lost an impressive one game in ten and they have a couple of crucial games ahead in the league against West Ham and Arsenal so Pochettino may have his eye off the ball for this competition which Pardew and Palace could capitalise on.

Crystal Palace in contrast are being hammered in the league losing 6 in their last 7 games, which is a real cause of concern for fans. I’m expecting to see Palace get something out of this game, I think Pardew would be pleased with a draw which he can work with during the replay and maybe even snatch a home win.

Crystal Palace are without Ledley, Bolasie and Gayle.

Both Vertonghen and N’Jie are injured for Spurs but shouldn’t impact Pochettino’s gameplan.