BetOTG | Bet On The Go!
Home Sport News Football Sunday Football – Could Wenger finally get one over Mourinho 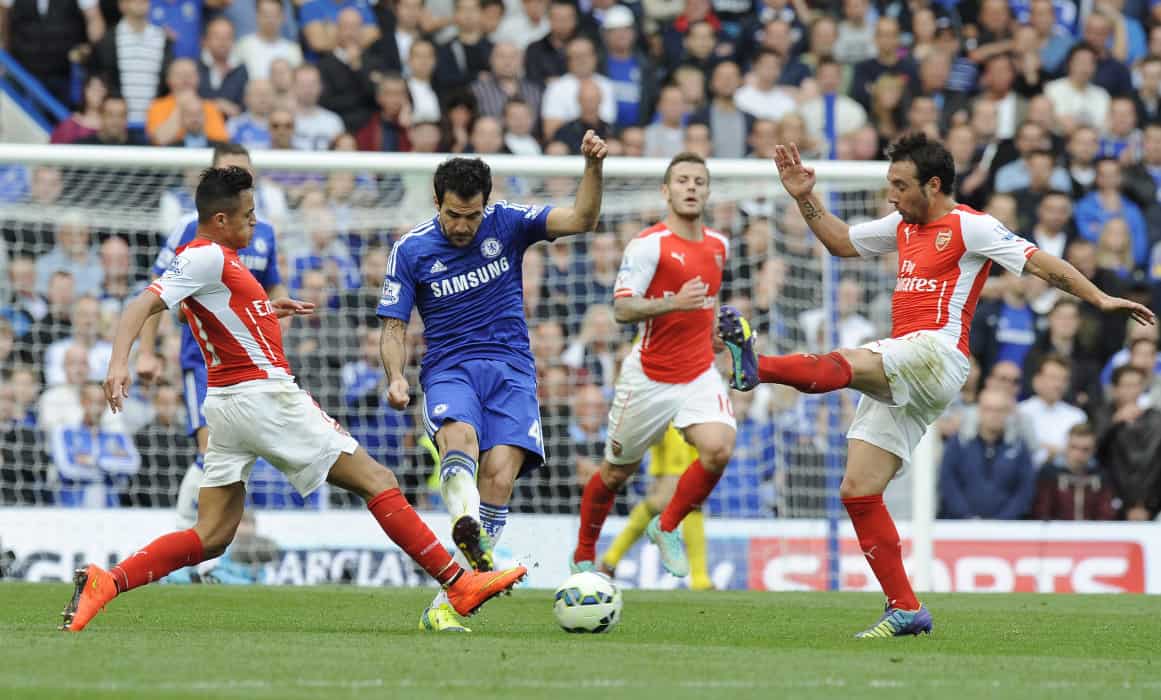 Our Top Pick for this weekends matches has to be the Sunday late afternoon kick-off derby between Arsenal and Chelsea. In the 12 games that span over a decade that these two sides have met, Arsene Wenger has never got one over Mourinho.

Some would say that Wenger in the past has played into the psychological mind-games that Mourinho masterly engineers during press conferences before the match. Jose almost has an intuition, a gift of knowing exactly what to say to trigger a reaction from Wenger to give him an edge over his opponent even before a ball have been touched.

But the tide could be turning for the Gunners who have jumped ahead Manchester City and are now sitting comfortably in second spot. With Arsenal 10 points behind Chelsea going into today’s game, It would be inconceivable to think that they could get ahead of Chelsea with only four games left to play till the end of the season.

But given how poorly Arsenal started out the season being hampered with injuries and without the strength in squad that the likes of Man City and Chelsea have its impressive to see them just fall short of the league leaders and got to the FA Cup final for a second time with a very real chance of taking home the trophy in successive seasons, a feat not achieved by any club for some time.

Its doubtful that defender Per Martesacker will play due to an ankle injury so Gabriel Paulista will take his place. Nacho Monreal and David Ospins should be match fit and on the bench.

Mourinho will have a tough decision to make, whether to bring on Diego Costa who is still struggling with a hamstring injury, the striker has been instrumental for the blues this season, with the likes of Torres departing and Didier Drogba not playing as many games the second time around and Loic Remy definitely being out with a calf injury.

You can get some great odds right now for the game.

Sky Bet have a Price Boost odd you can’t refuse: Hazard to score first and Chelsea to win was 4/1and now 7/1! You can checkout all of Sky Bets Price Boost by clicking the banner below.