BetOTG | Bet On The Go!
Home Sport News Football Who should Roy drop for England’s 23-man squad in Euro 2016? 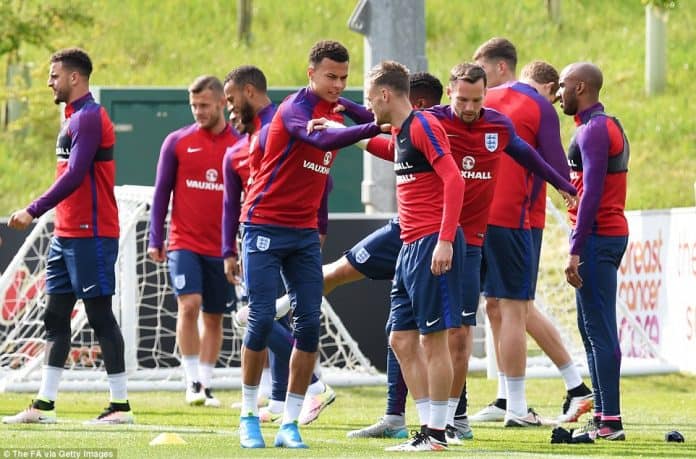 Hodgson has a decent crop of players for Euro 2016

So last week Roy made his preliminary pick of a 26-man squad for England for the up and coming games in Euro 2016. A few names you would have expected to be on the bus for France, but there were a couple of surprises. So before we get to the Friendlies which kick-off this weekend on Sunday 22 May against Turkey, lets look at some of the players who might not get on the bus for the final international friendly against Portugal on 2nd June.

Some players have had cracking season in the league such as Tottenham and Leicester so we won’t be focusing on them, instead lets look at players that have come back from long-term injury and others that have played well below par this season.

Spoilt for choice with strikers

Despite Liverpool reaching two cup finals both Liverpool and Manchester United have had shocking domestic performances this season. Even though he’s had a fantastic start since joining the first-team, few would have put Marcus Rashford on their list. The 18-year old has had a sensational start to his career and pretty much kept van Gaal in a job at United. Roy has always talked about bring in youth to England’s side so it would be interesting to see if he sticks to his guns.

Wayne Rooney has had a pretty poor season by his standards and has come to the realisation that his days as a forward are behind him and to play more as a holding midfielder just off the striker. It would be unthinkable to exclude the captain given what he has done to get us to this competition so its unlikely Hodgson will exclude him.

With so many decent forwards to choose from and given Sturridge’s lack of games this season due to injury we could see the talented striker watching Euro 2016 on the box. There’s no doubt that his current appearances/ goal ratio is impressive but Roy has too many better options so expect to see Daniel off the bus.

Too many sick-note’s in midfield

Jack Wilshire hasn’t played a game for most of this season for Arsenal, it was a surprise for most to see him on Roy’s squad sheet. But given what the midfielder has to offer when he’s on form and the fact that he is back to full-fitness, it would be unthinkable to leave this great talent at home.

The Liverpool lads of Adam Lallana, James Milner and Jordan Henderson have all had mixed performances this season with a lack of consistency. Henderson is the only midfield player that attempts to show leadership so he’s more than likely to stay and Lallana has the pace on the wing so it could be Milner that may face the axe.

Both Manchester City midfielders Fabian Delph and Raheem Sterling have lost their place in City’s line-up over the past few months. Sterling picked up a groin injury in late March and was ruled out for six weeks so hasn’t had much game-time of recent. Delph has also made few appearances (12) for Man City and struggled to get into the first team since his move from Aston Villa, he really needs to show Roy what he’s capable of to get a seat, otherwise we reckon he won’t make it.

Ross Barkley has had a decent season scoring eight goals for the Toffie’s. Roy is a big fan of the young Evertonian so we expect to see him make it to France.

We were surprised to see Andros Townsend in the call-up but it’s great to see Roy is looking at the player rather than club performance as Andros has played well despite Newcastle United’s misfortunes. He needs to make the next two friendly games count to stand a chance of keeping his place.

It’s looking a bit thin at the back!

England have too few decent defenders so we doubt Roy will lose any of the players he currently has. If any one was to go we believe it would be John Stones purely down to Everton’s dismal performance this season, this reflects Martinez’s inability to get the best out of the player rather than the ability of the youngster.