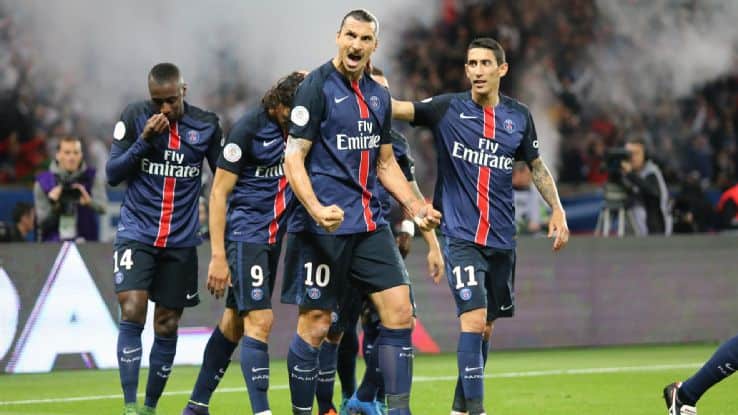 This could be the year that Paris Saint Germain have a real chance of lifting the Champions League trophy. PSG looks set to break all records in Ligue 1 with an incredible 34 unbeaten record and with PSG securing the services of Laurent Blanc till the end of 2018 they look to further dominate the French football.

Things are stating to come together just at the right time for PSG, with Angel Di Maria looking like a completely different player under Blanc’s management, following his move from Manchester United in the summer.

Even Zlatan Ibrahimovic has found a new lease of life, with some outstanding performances the Swedish striker has scored 27 goals in 32 games across all competitions.

Since Mourinho’s exit just before Christmas Chelsea’s performances in the league have greatly improved. The Blues haven’t lost a game in the last 10 matches, the only issue is they are drawing more games than winning (6 Draw, 4 Win). Still I’m sure Chelsea fans are relieved their side are no longer hemorrhaging goals against them and Hiddink has steadied the boat away from relegation – no team is too big to go down just ask Leeds and Newcastle fans.

Chelsea’s have been a completely different beast in Europe and the stats in the Champions League speak for themselves, only losing one game in the last six matches (4 win, 1 loss), which is on a par with PSG. Comfortable wins against Porto and Tel Aviv put them at the top of their group. Preparations for Tuesday nights game have been hampered further with John Terry and Oscar picking up injuries following Chelsea’s demolishing of Newcastle over the weekend.

With all of the investment Qatar have poured into PSG over the past 5-years there is more pressure on the Blanc’s side than ever before to progress further into the competition. I get the feeling that Chelsea could surprise use here as sports pundits and fans will not have high expectations of The Blues beating the French champions, it could in fact work in their favour.

It could be a long shot but if the odds are into double figures with the bookies I would say it’s a decent bet on Chelsea walking away from Paris with a win.