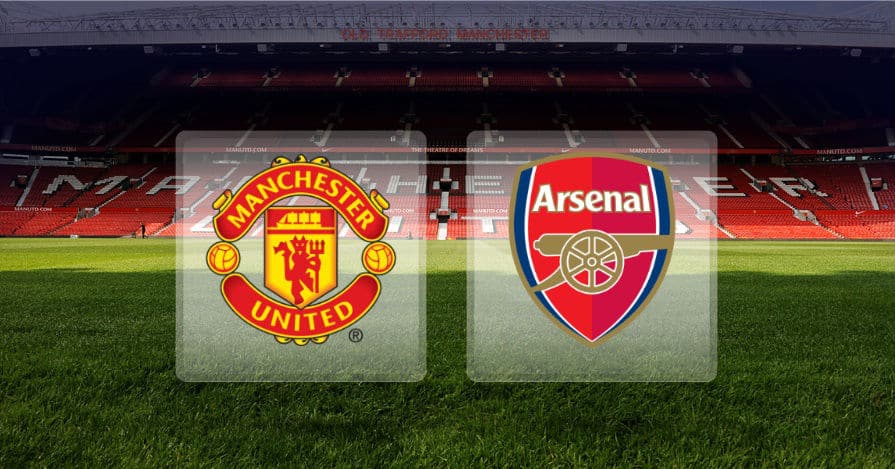 This weekend’s game between Arsenal and Manchester United is a stark contrast to previous games played. Normally at this time of the year a game like this would have been touted as a title deciding match, but with Man United seeming in limbo and Arsenal beating a 10-man Leicester in the dying seconds of the game, the two side couldn’t be more different and has taken the sting of the game.

Arsenal fans will be pleased with the Gunners recent results. They’re sat joint second with Spurs and provided they keep their injuries down they have every chance of lifting the trophy come May.

On the other hand we have Manchester United who appear to be in free-fall under Louis van Gaal’s management. It appears that the Dutchman doesn’t know when to quit (Well NOW would be a good time Louis!).

His big spending during the summer hasn’t paid off and Man U are only in the position they’re in (fifth place) because the likes of Chelsea and Liverpool are also under-performing just as poorly.

No doubt David Moyes had more points than van Gaal for the same period and at a fraction of the transfer budget. Realistically there are too few games left for Man United to leap-frog Man City and reach fourth-spot, so United are going to be out of the Champions League for the second time in 3 seasons.

With Arsenal having almost zero chance now of progressing further in the Champions League, Wenger will want his side to capitalise on Man United’s own woes and grab a vital three points on Sunday to keep up with the Premier League front runners for the title.

Manchester United currently have a shocking number of injuries with a total of 14 players out for Sunday’s game, including some key players such as: Schweinsteiger, Rooney, Shaw, De Gea and Fellaini. United’s high injury rate will no doubt be playing on van Gaal’s mind and could determine the fate of the game.

Arsenal have a track record of snatching defeat from the jaws of victory in recent games like Chelsea, where they should have won comfortably but instead allowed The Blues to scrape a win. This time round I find it incredibly hard to believe United who were the a juggernaut only 3 years ago and 10-points clear of their nearest rival, will claw-out a result with so few key players in their squad.

My money will be on Arsenal taking all 3 points and further increasing their chances of being up-there come the final weekend of the league. United are in freefall at the moment so this looks like an opportunity to pounce.

If you do not have an account with any of the enhanced odds (see above) for Arsenal to win that we have on offer, I’d snatch them up quickly and take what looks to be an inevitable win.