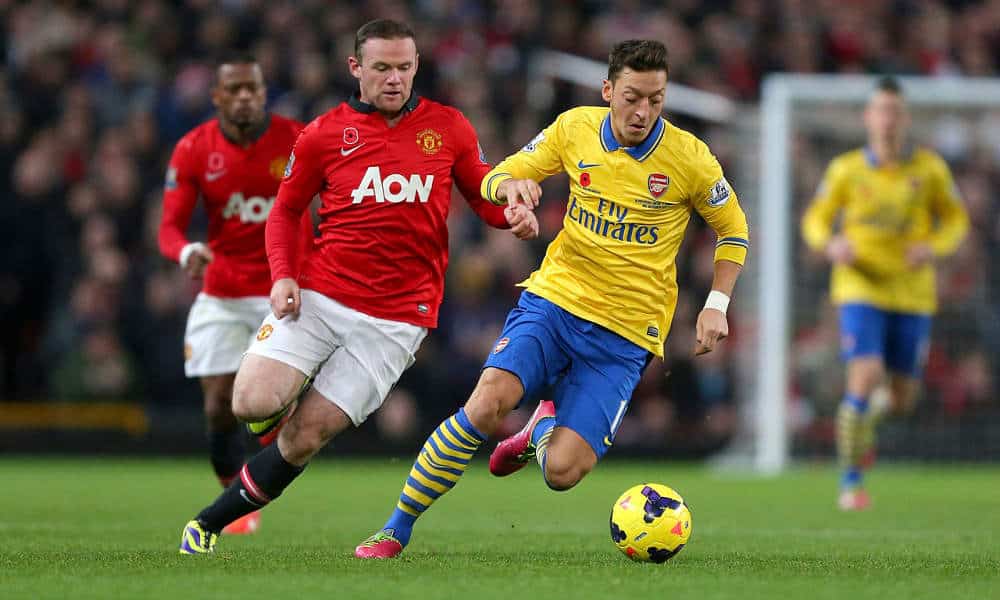 The highlight of this weekends FA Cup Fourth-round ties will be the clash of the Premier League titans between Man United V Arsenal on Monday night. The last time both teams met in the Premier League United beat the Gunners 2-1 which was their first away win under new boss Louis van Gaal.

But although United’s recent performance has improved with wins against Newcastle United and Sunderland which see’s his side sat in fourth spot in the league, van Gaal has still been critical of his misfiring strikers. Speaking before last weekends the Newcastle game he said:

“At this moment, we don’t have a striker who scores 20 goals. It is true. Robin van Persie cannot deny it, Falcao cannot deny it and Rooney is not playing there much anymore.”

Its hard to ignore the stats with Rooney AND Falcao having only scored 12 goals between them and with Robin van Persie likely to miss the tie due to an ankle problem following their defeat against Swansea in February, LVG has cause for concern.

Arsenal aren’t without their own problems, with new signing and central defender Gabriel Paulista being ruled out for 3 weeks with a hamstring injury, which leaves Arsene Wenger with little choice but to replace him with Mertesacker alongside Koscielny, but the last time both played was in the Champions League which saw Arsenal being torn apart defensively by Monaco with the french side winning 3 -1.

Despite there suicidal defensive display against Monaco Arsene Wenger believes the team is in a good position to end the Premier League season strong and repeat their efforts of last year by lifting the FA Cup.

[quote_center]”You want to win everything. We were not that far away but we were facing opposition with much more resources. We had to deal with it.”[/quote_center]

But Louis van Gaal, who has won silverware in his first seasons with Barca, Bayern Munich and Ajax, has ramped up the pressure by saying the match is “like a final”. Who ever wins it will be most likely to lift the trophy in May.