Formula One is back and its louder than ever!

With the start of the F1 2016 season less than a week away (19th March) in Melbourne Australia, the team at BetOTG discuss how well each of the teams the new F1 cars have performed during pre-season testing in Barcelona and what we should expect from both the drivers and teams for the up-coming season. 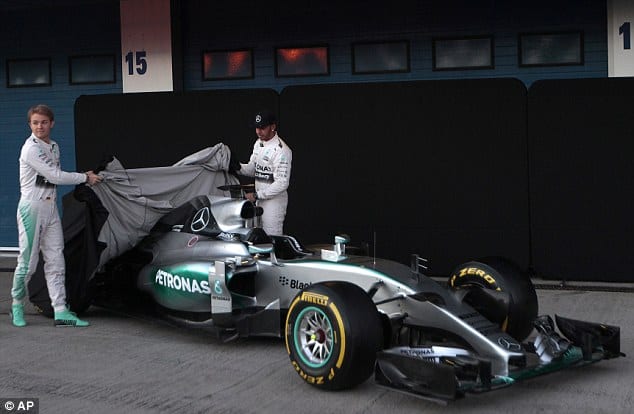 Lewis Hamilton had a sensational season last year, he was quite simply untouchable and the rest of the paddock will have a tough season ahead to keep up with the three-times world champion, as Mercedes latest car looks as bullet-proof as the previous. Hamilton is again teamed up with Nico Rosberg, which has proved to be a successful partnership for the last couple of years.

Lewis has taken back-to-back world titles since his arrival at Mercedes. Rosberg’s performances certainly improved towards the end of last season so it will be interesting to see if he can continue that form into 2016.

Lewis and Nico did not get it all their own way last year, as Ferrari were hot on their heels with some brilliant drives from Sebastian Vettel who joined the team from Red Bull the season before. His team-mate Kimi Raikkonen was not up to his best and did not display the talent he has shown in previous years. Ferrari’s efforts we rewarded with some podium places but they were still way off the level of Mercedes.

Ferrari’s latest edition SF16-H looks to be a significant improvement on last years efforts and lap times in pre-season testing have indicated that the prancing horse may be closer to the back-end of the merc than this time last year.

What should we expect from McLaren? Will Honda give them an engine that will give the partnership of Fernando Alonso and Jenson Button a chance to get back to their former glory? Both previous world champions and were left frustrated with last years engines which were nowhere near the horse-power of even the Renault.

A lot of positives have come from Barcelona, they were able to clock-up more lap times on the first day than in all three of last years test sessions, which proves the reliability of the Honda engine, we just hope that come race day in Oz that they can open-up the performance of the engine without any reliability issues.

One team that has continued to improvement year after year has to be Williams and we’re confident they will be up there again this year. With a great driver mixture of supreme talent in Valtteri Bottas and experience in Felipe Massa, they can certainly give the top teams a good run for their money.

Williams will again be using a OEM Mercedes engine and provided they have continued with the level of development they showed last year, we’re sure you will see them on the podium throughout the season.

All fans will agree that it adds to the excitement of F1 when the small teams do well. Who was not on the edge of their seat when Damon Hill who was then driving for Arrows almost won the race, only engine trouble on the last lap put him in second place, which was brilliant achievement.

Max Verstappen in the Toro Rosso was a revelation and was one of the best newcomers of 2015. He pull-out some unbelievable maneuvers and for such a young man he is showing the skill of an experienced F1 driver.

The halo system tested over the winter has split driver opinion, some like it – some don`t. There’s always a danger that the drivers could be hit by a loose wheel or other pieces of cars. Felipe Massa is one driver who would have benefited from such a safety device, when his helmet was struck by a flying spring from the car in front, which could have killed him. So far no decision has been made on whether to incorporate them into next years cars, we’ll just have to wait and see.

If you want to find out more about the rest of the Formula One grid, then check out our second installment F1 2016 Preview Part 2, where we discuss some of the lower positioned teams including the new American team and what to expect from them this season.