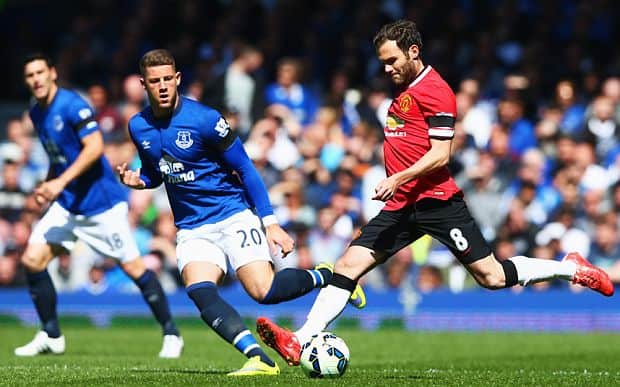 The Bad and the Ugly

It’s fair to say that both clubs have played well below par this season. Everton were left humiliated with a 4:0 defeat at the hand of their neighbors during midweek and it leaves the blues now with back to back loses at Anfield under Martinez.

Itt looks like Martinez’s time has come to an end at Goodison. Like Mourinho before him, Martinez committed the cardinal sin as far as fans are concerned, by publically criticising his players which has left a bad taste in all those involved.

I think it’s fairly easy to see that the fault lies in the manager as Everton has one of the strongest and diverse sides in the Premier League. Coupled to this with some of the best young players the league has to offer the only person to blame for the lack of performances and limbo league position is down to the manager.

A Jekyll and Hyde side

Manchester United are equally a team of two faces this year and its difficult to know which side will turn up on match day. As I’ve said on many occasions LVG has had his back against it all season with big signings during the summer. The pressure to succeed was high, but the number of injuries that have fallen the Dutch manager has seriously impacted on The Reds performances and United are still without key players such as Luke Shaw and Schweinsteiger.

Man United may not be out of the woods but they do appear to have turned a corner and keeping a level of consistency that even has Louis van Gaal smiling.

This has to be one of the toughest matches of the season to bet on as both sides have had shocking performances of recent. The smart money would be to be on Man United given their current form. But given Everton’s poor performance mid-week I reckon Martinez and the players will have a point to prove to the fans and an FA Cup final would be just that.

If Rashford comes on you’re best bet will be to lay-off but I’ll be putting my money a draw on this one which would see a reply at Old Trafford.